One of Them Was Me 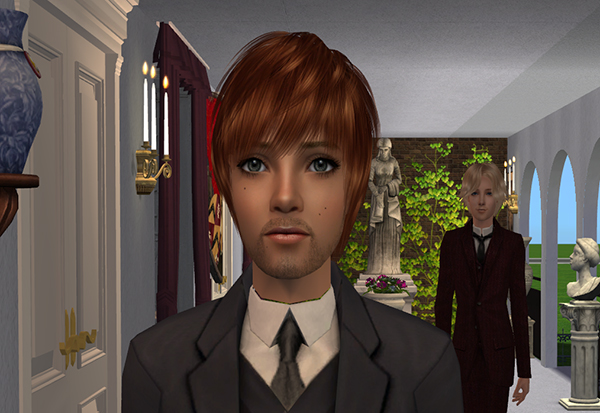 “…Tate?” Tate blinked guiltily as he heard the king calling his name from behind him. He’d been walking around in something of a daze and who knew how long his majesty had been trying to get his attention.

“Yes, your majesty?” He asked turning with a bow. 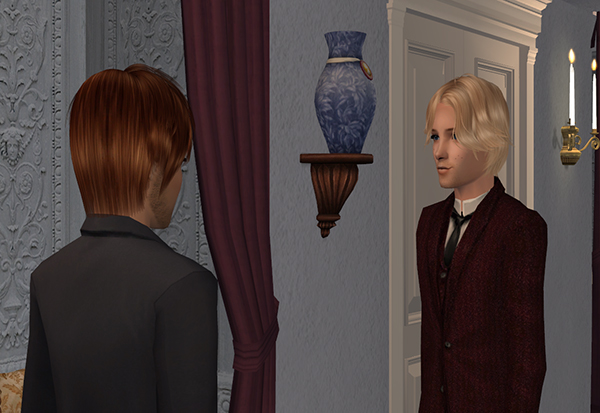 “I was wondering if you’d like some extra time off for the Harvest Faire.” The King said. “Fiona is going to take the delegates down to the market and I’ll be in meetings most of the morning with Dolph over some of the language in the treaties, so there’s really not much reason for you to be doing nothing here when you could be having fun there.”

“It’s all right, your majesty, I don’t really have anything I need to be doing there either.” Tate said. Lock’s blue eyes wandered over his face for a moment, leaving Tate feeling open, exposed–seen through. 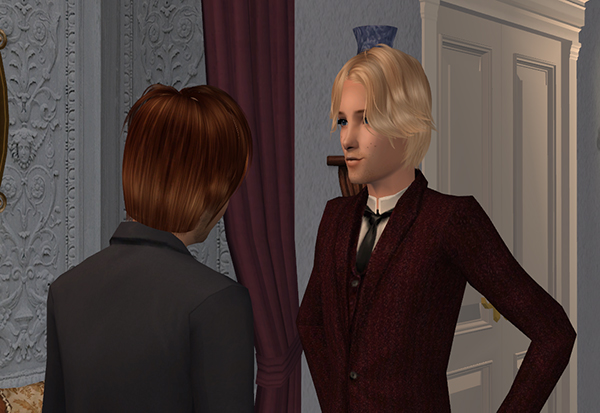 “I’m giving Holly and Macy the time off too, I’ll feel quite the cruel taskmaster if you don’t take it.” The King said. “Besides, I think Macy’d like it if you took the time off.” Lock winked and grinned. Tate blushed. He didn’t know what to think of that.But all too soon the blush faded and he glanced down at his feet. Maybe Lock thought he needed fun, but he really didn’t. Leisure time was the last thing he needed.

He needed the work, the structure. If he didn’t have that, it was too easy to think and he’d tried–so hard–since then not to think. A good exhausting day of work meant a night he could tumble into bed and sleep not lay awake, remembering. Or worse, drift into fitful dreams, where it was so hard not to lose track of himself. To forget what was reality and what was a memory. 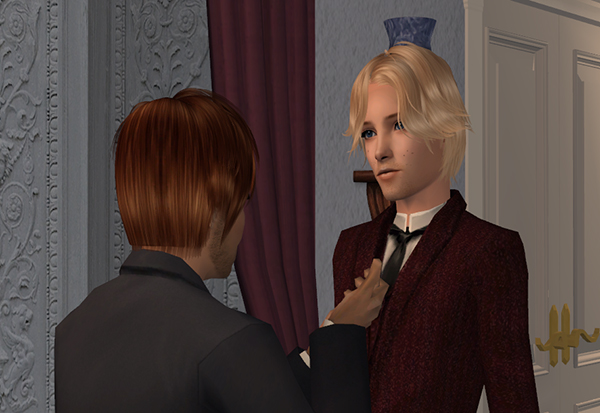 “It’s–it’s not really you being a cruel taskmaster if I volunteer to stay here. It’s probably better if someone is here, just in case.”

“Tate,” the king shook his head. “Sit with me for a minute.” Lock turned and took a seat in one of the alcoves off the hallway, leaving Tate with no choice but to follow. He tugged at the sleeve of his shirt and plucked at the crease on his slacks as Lock watched him for a long moment before sighing and leaning back against the wall behind him. 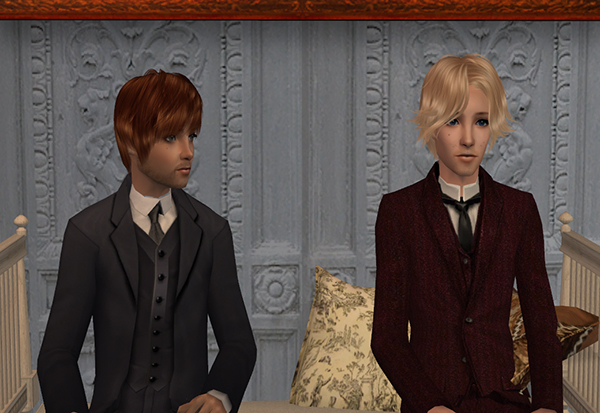 Tate could feel the guilty look on his face, but he was completely unable to school it into anything else.

“We’ve all done that. Me included. After my–mother died.” Lock chewed his lip. “But it’s not good for you. I don’t want you to forget how to have fun, how to relax, how to smile and laugh. After all the pain of the past few years.” The king leaned his head back again hitting it lightly against the wall. “I think we’re all in some danger of that.” His face swiveled toward Tate. “You more than most.”

“I’m fine, your majesty.” Tate dropped his eyes and stared at his hands. 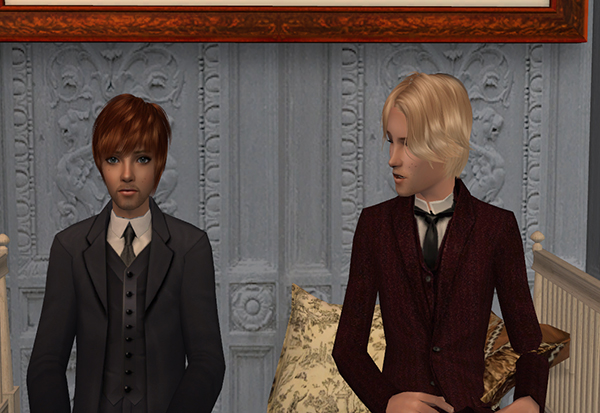 “Can you tell me that while looking me in the face?” The king asked softly. Tate winced. “Tate, I am amazed by how well you’re keeping it together. Really. I doubt I would be handling what you went through half as well as you are. The fact that you can even get out of bed most mornings without being dragged puts you far above where I would be in your shoes.” Tate snuck a peek at Lock who was staring thoughtfully into space about three feet from the end of his nose. He smiled as he noticed Tate looking at him, even though Tate dropped his eyes and looked away almost immediately.

“I just hate to see you burying yourself in work, forgetting that you’re still young. You should be out having fun, spending time with your friends, flirting with that pretty chambermaid who likes you.” Tate blushed. He wished that he had the courage to bring up the fact that the king wasn’t so terribly old either. That he should have time to flirt with pretty girls and have fun with his friends too. He might work hard enough to knock him out, but the king rarely slept or ate, he simply settled down in the chair in his office and let the magic replenish him. It made Lord Wesley growl in exasperation, Lady Kennedy throw up her hands and pronounce him hopeless, and Lady Fiona…

“Oh, damn.” Lock muttered under his breath. Tate looked at him sharply, wondering if–somehow–the king could read his mind now. “Was that this afternoon?”

“Was what this afternoon, your majesty?” Tate asked. 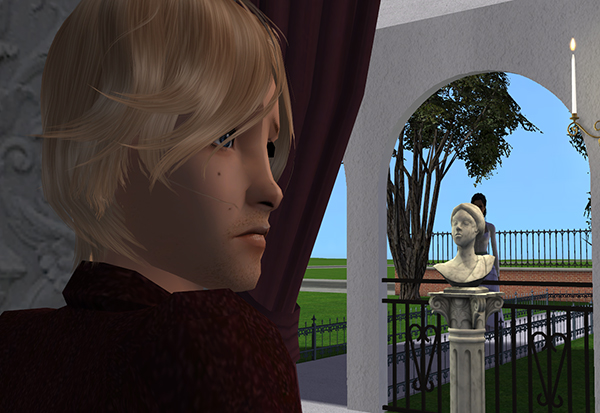 “Fiona wants to talk with Tiff about–something. I don’t recall what.” Tate cocked his head to the side. If Lady Fiona wanted to talk to Lady Tiffany, then why did she need the king present. The two women still roomed together. They probably saw each other three or four times before noon. “And here comes Fiona up the walk, so I should probably remember what it was very quickly.”

“I’ll go find your schedule.” Tate said starting to get to his feet.

“That’s alright, Tate. In fact if I’m going to be in meeting with Fiona and Tiffany all day,” He grinned suddenly. “I want you to spend the afternoon doing nothing.”

“I beg your pardon, your majesty?”

“Go lay on the grass and enjoy the last bit of warm–or perhaps any–sunshine we’re likely to see for the next six or eight moons.” Lock said with a grin. Tate opened his mouth to protest. “That’s an order, Tate.” 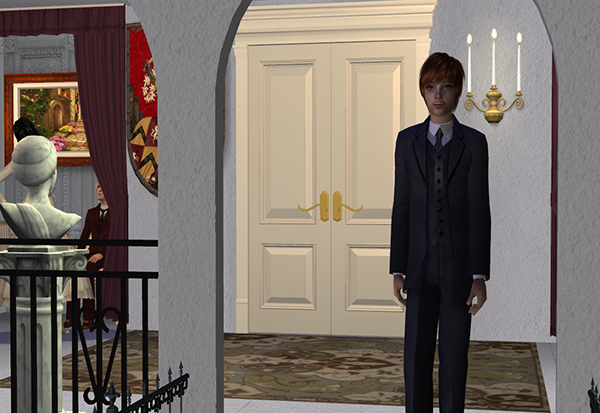 Excusing himself from the king and his lady, Tate walked out into the still plush green grass. His conscience told him that there were chores and duties he needed to be doing, but what could he do when faced with a direct order from his king. Still, if the king needed him or changed his mind, Tate should probably be easily located, so he chose a spot not far away and sat down on the ground.

Maybe the king was wiser than he seemed for it didn’t take long at all for Tate to settle into the ground’s embrace, his eyes picking shapes out of the wispy clouds fluttering overhead, thoughts scuttling with them. 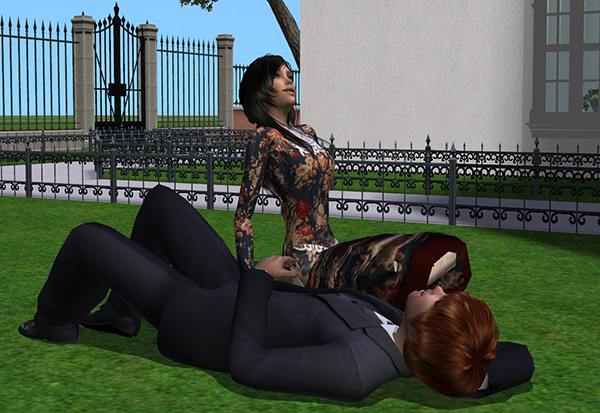 “You finding the questions to forty-two?” Lady Tiffany asked from near his feet. He blinked and turned his head toward the sound. Lady Tiffany grinned, she too was laying on the grass without regard to her dress or the state of her hair. He couldn’t imagine Lady Fiona doing such a thing.

“The answer to life, the universe and everything is forty-two.” That clarified very little but there really wasn’t any good way to say that. “It’s from a series of books. Anyway we already have the answer to the cosmos, now we just need a question to make it make sense. Was wondering if that’s what you were finding up there in the clouds.”

“Ah, uh, no, not really any answers or questions up there.” 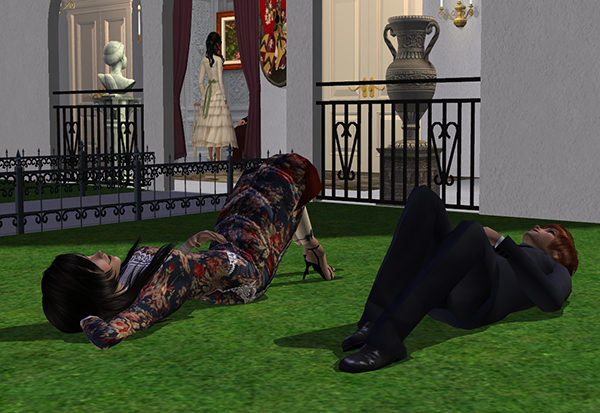 “So these are mind-blanking clouds. I like it. Might help me get through this meeting.” Lady Tiffany sighed.

“Oh, Tiffany.” Lady Fiona called. “Do have mind for your dress. Grass stains are so difficult to get out.”

“When you’re doing my wash then you can bitch about my grass stains.” Lady Tiffany muttered. “Oh, but don’t grass stains add… character?” 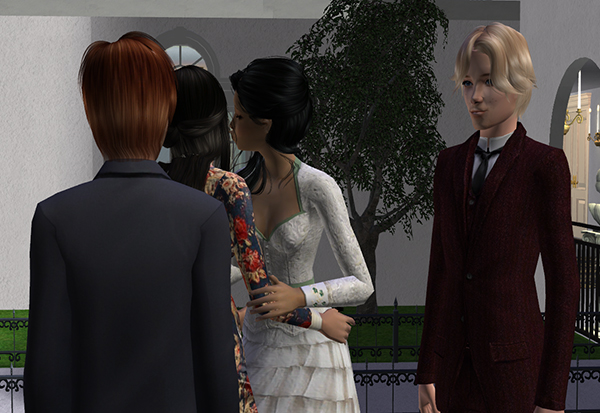 “Houses need character, Tiffany, clothes not so much.” Lady Fiona kissed Lady Tiffany on both cheeks–in greeting she said. From what Tate knew of with the other ladies, it  was irritating. Lady Tiffany’s spine was so stiff, he could practically hear her teeth grinding from here. Lady Fiona leaned away a faint smile on her face as if she’d won some sort of contest. 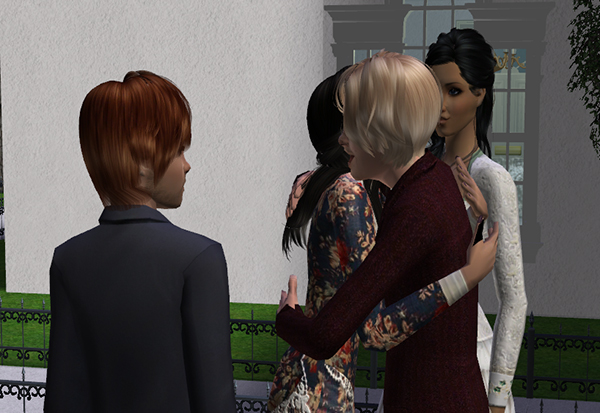 “Aren’t you going to greet Tiffany, dear?” Lady Fiona asked. Now it was Lock’s turn to send out subliminal teeth grindings, but he pulled Lady Tiffany into a hug causing one of the women to gasp, though Tate wasn’t sure which one.

“So, have you given any thought to the park?” Lady Fiona asked, as if the whole world hadn’t just tilted slightly.

“The memorial for Lock’s late uncle. I had an idea for the gazebo.” 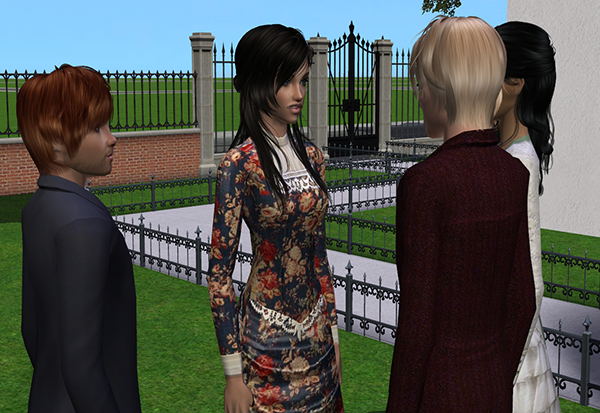 “Oh. Since when,” Lady Tiffany’s eyebrow rose. “Are you into planning parks?”

“I’m not, usually, but Jen and I were talking and one of the things she mentioned was the lack of appropriate outdoor wedding venues.” Lock looked at Lady Tiffany who rolled her eyes.

“You enjoy that sunshine, Tate. It’s still an order.” The king murmured as his lady lead the way back towards Lock’s office blathering on about her ideas for a new park. Maybe I’ll take that time after all. Tate thought sitting back down on the grass. It’d be nice to be around people who make sense again.

4 Responses to One of Them Was Me