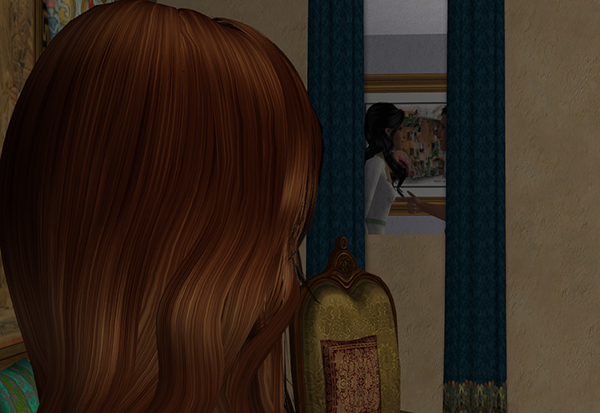 “So, how are you liking Shadowcrest so far?” Jennica asked her companion, trying not to stare through the–she thought–absolutely pointless window into the hallway.

“It gets me away from mater . I can put up with almost anything for that.” Vivianne told her with a snicker in her voice.

“One of those mothers?” Jennica smiled faintly. Either Igraine was a complete nightmare–or like most seventeen year olds, Vivianne exaggerated how terrible her mother was. 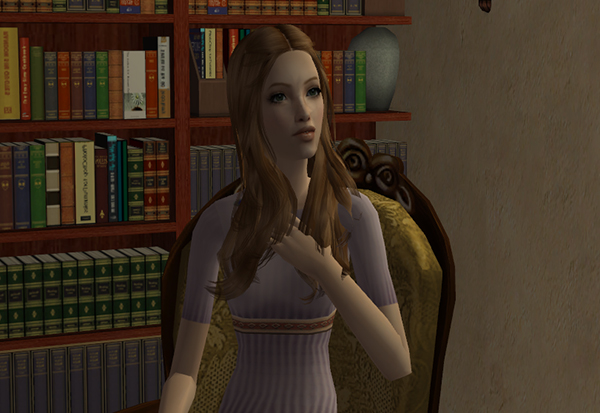 “Aye. No man wants a woman who is more clever than he is.” She ticked off on her fingers. “There’s a reason that freckles look like devil marks. Servant women walk around without their heads and faces covered, ladies do not. The list goes on, and on, and oooonnnnn.” Vivianne tossed her hair out of her face. 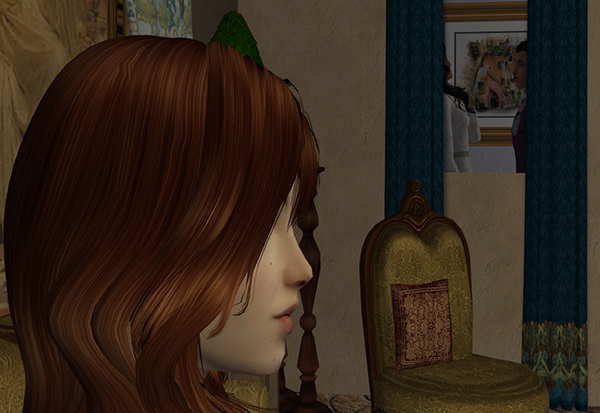 “So, you don’t like it here?” Jennica chewed on her lip, her heart plummeting, what was she doing?

“Well, it’s different, mostly.” Vivianne told her, thoughtfully blowing a loose piece of hair out of her way. “Some things are good, some things aren’t so good, a few things kinda suck…” She paused. “Is something wrong?”

“Uh,” Jennica shrugged. Other than my best friend is being a complete and total idiot? Nah, not much. She rubbed at the back of her neck and once more pulled her eyes away from Fiona.

“So, aye, there is. You just don’t want to tell me what it is.” Vivianne said. Jennica snorted. She had pretty much walked into that one. Vivianne was not unobservant and Jennica had been being pretty obvious about watching–and worrying over–Fiona. 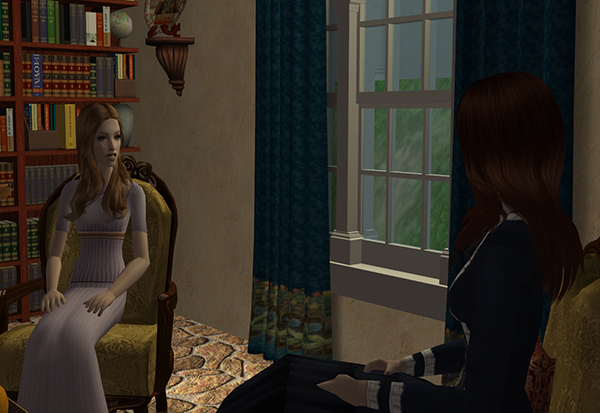 “Shouldn’t Lady Fiona be back by now? I mean I thought she was ‘freshening up’ not exploring the countryside.” Vivianne blew a strand out of her face, her green eyes darting toward Jennica. “Or she is back, just not in here. And that’s why you keep staring out into the hall like you’re watching some Bartal tragedy playing out before your eyes.”

“Mater’s idea of proper reading, he was like the quintessential Golden Age poet and playwright.” Vivianne’s eyes rolled upward.

“Every play the gent wrote, everybody dies. You can just sit there going down the cast list, gonna die, gonna die, gonna die. Plus all of the girls, if they don’t die, usually by killing themselves after being rejected by a gent, they all go to convent. Without a gent in your life it’s kill yourself or pray.” Vivanne shook her head. “It’s ridiculous. And the things he thinks a girl should say? Ugh. The most intelligible things out of a woman’s mouth in a play is usually the monolog she gives right before she jumps off a bridge or poisons herself. Pater and I always groan when some set of players decides they’re going to do a revival of Bartal’s plays. Because of course we have to go, we’re supposed to be cultured.”

“I’ve never understood how Mater, who can detect the slightest little backhanded comment in a pile of worshipful praise, could miss the fact that all of the guys in Bartal’s plays are complete sleazy. I wouldn’t share the air in a really big room with most of his ‘heroes’, let alone my bed and the rest of my life.” She continued. 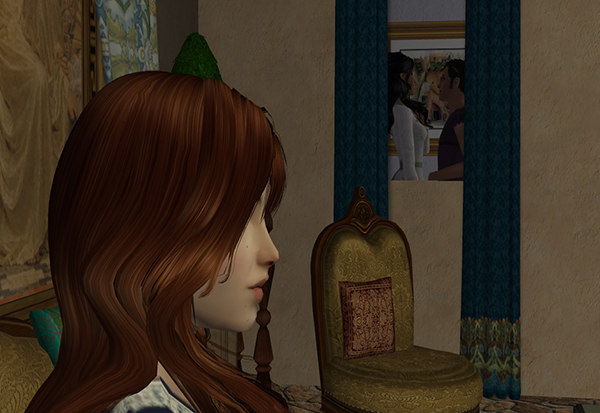 “Sounds like a few guys I’ve read about before.” Jennica murmured. “Heck, a few I’ve known before.”

“Gavin sort of reminds me of one.” Jennica’s eyes shot to Vivianne.

“Oh, Mater says–ugh, I hate that, Mater says, Mater says, I really don’t usually go on that much about my mother, really. But she says I’m ‘overly sensitive’–and sheltered. But he trips every skeeze alarm I have. I dunno why, I mean it’s not like he’s ever been mean or rude or even tried to look down my dress–but…” She shrugged, twining her hair around one finger. “Makes me glad for doors.” 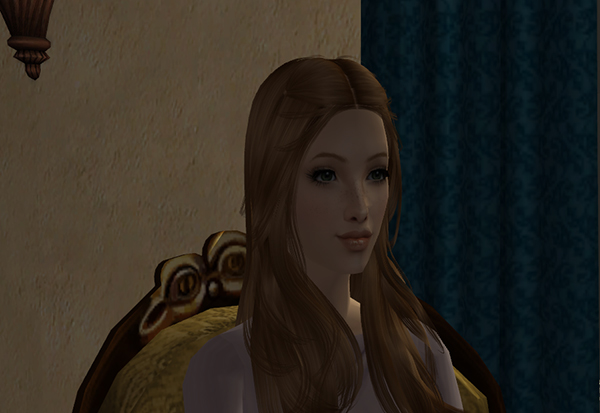 “Yeah, back home we don’t have doors on rooms. There’s a front door and usually metal gratings on the tabernae. Rather than having a true business district, especially in smaller towns, there’s just a shop front put onto houses, it’s called a tabernae. Anyway, so people don’t break in and steal everything, they put a metal grate across the doorway to the taberna. For all the rest of the rooms though, it’s just an arch with a curtain across it.” Vivianne explained. “But here we have doors–which is so wonderful. I think when I go home, I’ll buy myself a door. Gavin makes me grateful for the door.” 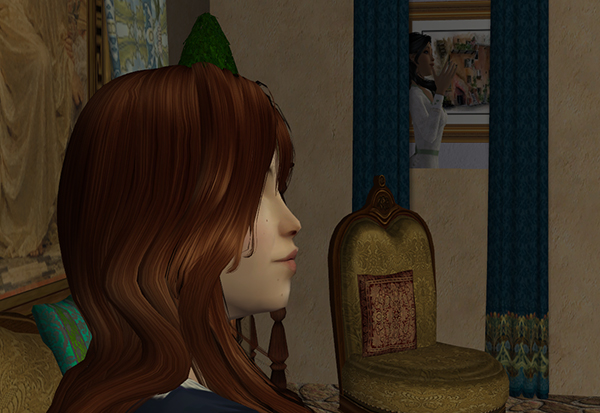 Jennica’s stomach sank as she stretched her legs out in front of her and glanced at the hall where she could see Gavin joking–or whatever–with Fiona.

“Don’t worry about your friend. It could just be that I’m overly sensitive.” Vivianne offered. Jennica nodded before forcing a smile onto her face as Fiona finally opened the parlor door and came in. 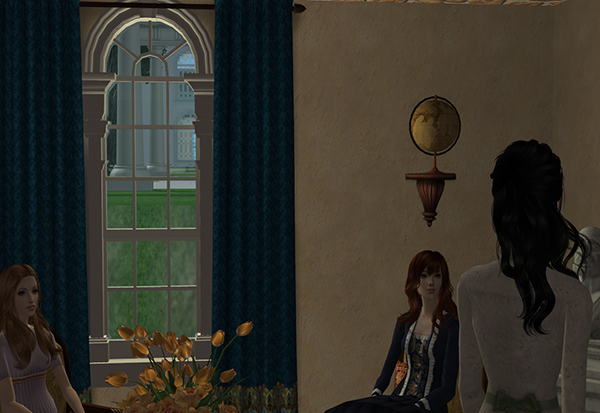 “So did you find the lost works of Morely?” Vivianne asked batting her long lashes at Fiona.

“Morely, he was a novelist–and recluse–legend has it he wrote a tons of books and then hid them away.” Fiona looked blankly at Vivianne. “You were gone a long time.”

“Oh.” Fiona tittered a small laugh and looked at Jennica and rolled her eyes. 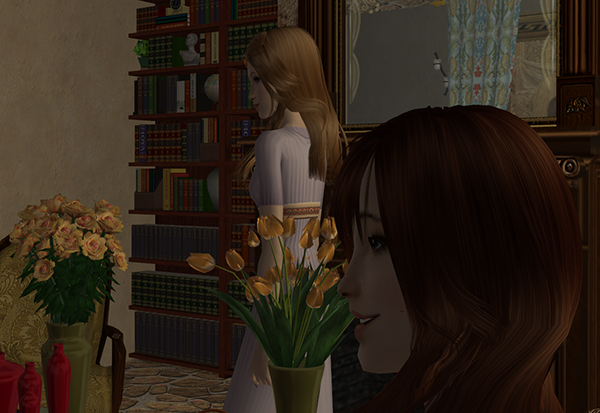 “Well, I should probably get to work. Good afternoon, Lady Jennica, Lady Fiona.” Vivianne stood up from her chair and skipped to the door. “See, doors are wonderful.” She looked over her shoulder at Jennica before shutting it behind her. A few moments later Vivianne appeared in the window that Jennica had been watching Fiona through. Gavin apparently still standing outside the room. ‘But he trips every skeeze alarm I have’… 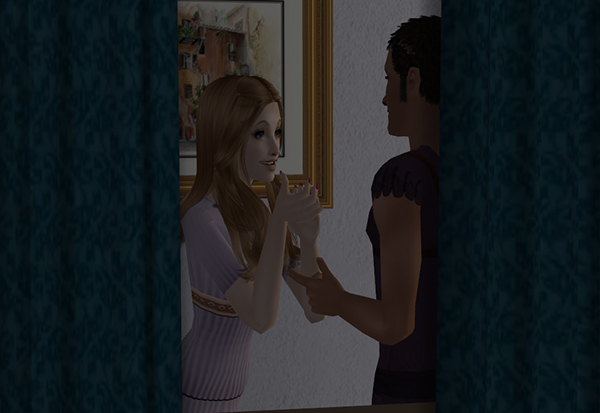 “She’s crazy.” Fiona murmured as Jennica got up from her seat in the chair and sat down next to Fiona. “I wasn’t gone that long.”

“Long enough for her to tell me all about doors and her mother’s favorite playwright.” Jennica countered. “It doesn’t do much good for me to be your ‘chaperone’, Fi, if you disappear on me.” 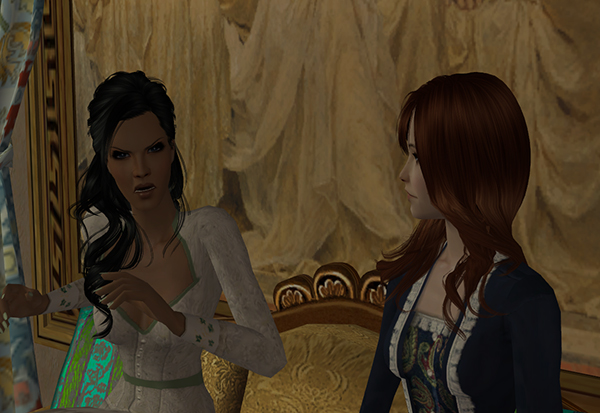 “I don’t see why you think I need a chaperone in the first place.” The younger woman gave a disgusted sigh.

“Maybe because he flirts with you–and you flirt back.”

“When have you ever seen me flirt with a guy other than Lock?” Fiona chewed on her mint green nail.

“Less than five minutes ago.” Jennica gestured toward the arched cut out where they could still see Vivianne and Gavin talking.

“That was just being friendly.” Fiona said, shaking her head and standing up. “We should probably get back.” 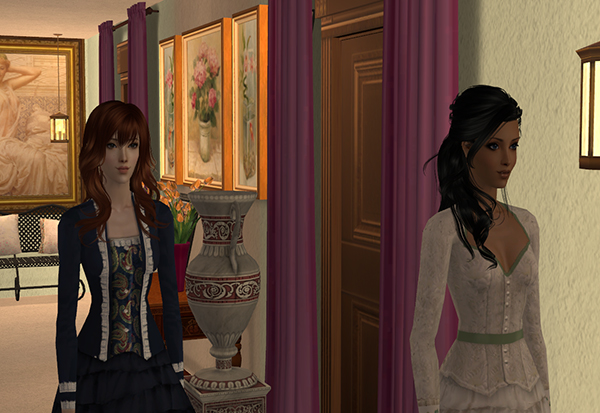 “No, but I am your friend and I’m Lock’s friend too.” Jennica told her. “If you’re not interested in Lock anymore, tell him that. Nothing good is going to come of you playing the both of them.” Fiona scoffed.

“I am not playing Lock. I like Lock, it’s just, he’s so–earnest. I mean he doesn’t flirt, he doesn’t compliment. It’s nice to sometimes hear that I’m–pretty or funny or whatever. It’s harmless.”

“Fine, you’re pretty or funny or whatever. Now you can stop flirting with Gavin.” Jennica said.

“That is not what I meant.” Fiona rolled her eyes.

“It’s not harmless to Lock. It’d probably really hurt him.” Jennica told her bluntly, not caring if Fiona thought it was ridiculous or not. There were a lot of things that she’d forgive Fiona for. But this wasn’t one of them. Not after what Dinh had done to her.

“Why are you suddenly the flirt police all of a sudden?” Fiona asked. 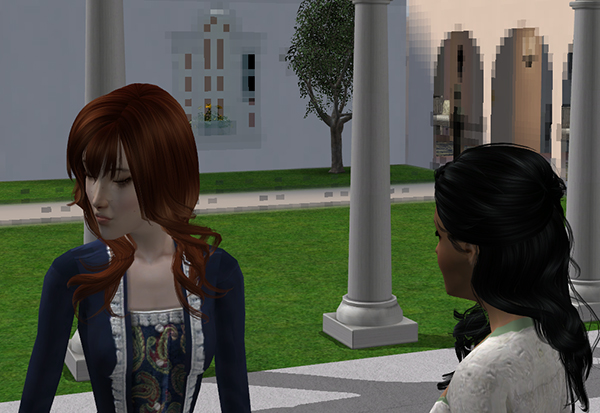 “Maybe because I know how it feels to trust someone and have them betray you.” Jennica said, arching her brow.

“Oh–you aren’t comparing what just happened to what your ex did to you. You can’t be, it’s not the same thing!” Fiona protested.

“It is the same thing–or close enough.” Jennica shook her head.

“You aren’t gonna go tattle on me to Lock are you?” Fiona asked. 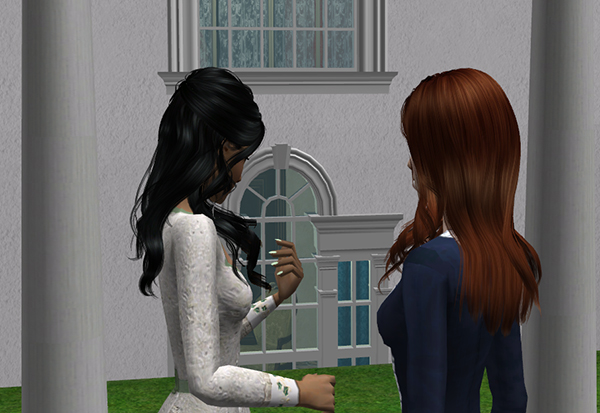 “No, it’s not my place. If you think it’s nothing, I guess I have to accept that to you it’s nothing. But I will point out that you got your knickers all in a twist when Tiffany and Lock were talking about that magic theory the other day. And it was an esoteric conversation about something completely benign in front of nearly a dozen people. That was ‘something’ to you. But letting Gavin brush your hair off your shoulder and touch your arm in front of no one is nothing. Make up your mind, Fiona. You can’t play this both ways.”

One Response to She’s A Fool