In the very-nearly-a-year since King Phillip had died and Lock had become king there were a few things that Wesley found himself becoming used to. Odd hours were one. Before the plague it was understood that the only time that Wesley would be summoned in the middle of the night was if bandits attacked the house or something.

Now who knew when Lock would have need of him. It lead to a very unsettling sort of feeling. A sort of transience, impermanence. He was determined to be there for Lock whenever Lock needed him, but the young king didn’t seem to have any sort of schedule. Probably because Lock didn’t seem to have time to create one. 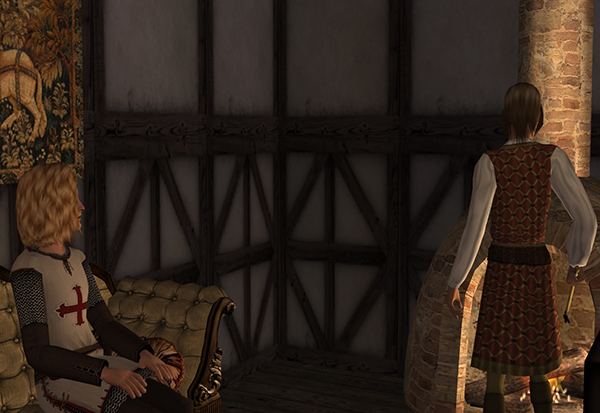 Not seeing Lock much was a second. Wesley hadn’t talked to Lock in almost a week, if he hadn’t seen his friend to and from the privy he’d doubted he’d have seen him in that time. Most of Lock’s time was spent in his study–and Wesley, like most everyone, stayed out of Lock’s study, it was less a study and more a workroom, but they called it a study for everyone’s comfort. The thick mahogany double doors were a barrier to almost everyone, except Lady Kennedy, but Wesley doubted that the city walls would have been a barrier to Lady Kennedy if she thought she needed to talk to the King.

Worrying about his friend had become a third. Lock’s plate would remain untouched at the table, and even put in the cold larder overnight would still be untouched come morning. The sounds of spellcasting from all hours, the sounds of heavy books being taken down off the shelves, all of these things were becoming increasingly more common than the sound of the king’s voice.

One of the promises that Wesley had given to Marquis Harwin was that he would always look after Lock. It hadn’t been a hard promise to give, not given that he’d been looking after Lock for most of his life. Ever since his father had died and he’d been fostered at Harwin’s estate. Wesley and Lock had been like brothers growing up, even closer than Lock was to his own brothers, of course Wesley would look after Lock. He always had.

Wesley had never counted on Lock making it this hard though. His eyes caught on Tate, who had come in to stir up the fire in the parlor. The young man seemed as lost in thought as Wesley was, but still turned attentively when Wesley stood up. Even though Lock was anything but formal, Tate seemed intent upon rebuilding the wall of noble vs peasant between them. 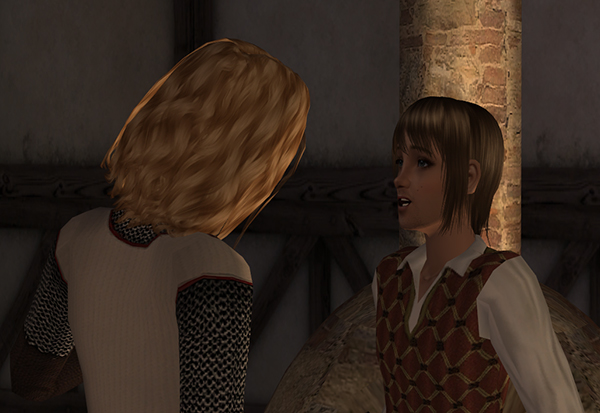 Maybe it even made sense, if he was a peasant and they were nobles then he knew his “place”. He was a servant, only nominally a member of the king’s household, even if that distinction was strongest in Tate’s head.

“Is–King Lachlan still in his study?”

“And dinner, it’s about ready?”

“Aye, my lord, I was gonna serve it right after I finished tending the fire.” Tate bobbed his head. 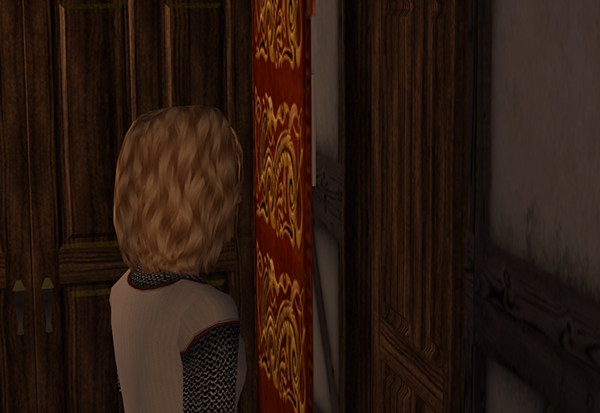 “Thank you.” Tate bowed and headed out the door to the kitchen leaving Wesley to contemplate the parlor door, a twin of the ones that lead into the Lock’s study. Wesley paused in the hall outside the study door, it took a little bit of steeling to walk into Lock’s workroom. The room itself was simple, just plaster and beam like much of the cottage, but there was something very unnatural about it. Books that one could tug on for an hour without so much as rocking, would tip at the touch of Lock’s fingers. Strange diagrams were stuck to the wall.

Even though there were no tapestries and no fireplace the room was always warm, but even in the heat of summer never too warm. And there was a sharpness, a lightness to the very air in there. But this wasn’t getting the king out of there, so Wesley put a hand to the door and pushed lightly.

The door opened with hardly more than a click of the latch in the tumbler. Lock was sitting in his throne. Not, Wesley suspected, a throne that would ever grace a throne room, even if they had had a throne room to put it in. It was wood and silk, but it certainly didn’t seem as earthly and homey as all that. Light always seemed to fall through it, not on it. In his hands was a ledger. 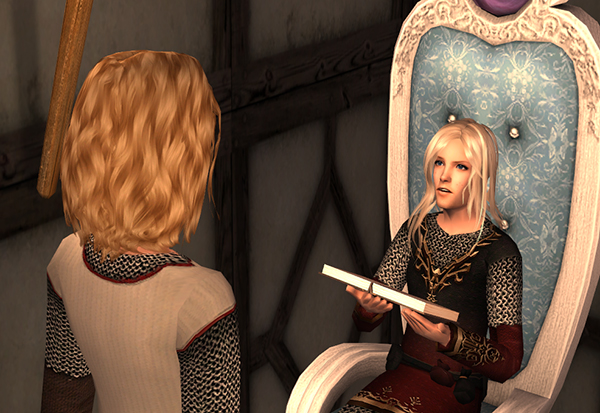 His hair was unbound. That was never a good sign. He wondered briefly, before the king’s attention caught on him, if he had taken it down himself and forgotten to put it back or if it had been tied back and had just worked itself loose. “Wesley?” Lock’s baritone seemed startled and his brow arched skyward. “Is something wrong?” Aye, Wesley thought, plenty.

“Oh, I’m fine,” Lock turned his attention back to the book.

“When was the last time you ate, Lock?” Wesley asked. The king blinked as he looked up at his friend, as if his still standing there were the last thing that Lock were expecting. Well he wasn’t going to just go away. Maybe that chair could replenish Lock’s needs, but it wasn’t the same.

“If you can’t answer the question then it’s been too long, Lock! Damn it, you’re not a tree. You need to eat and sleep.”

“Wes, I–I have so much to do. There’s spring planting to account for, and I’m behind on my casting.” The young king protested. 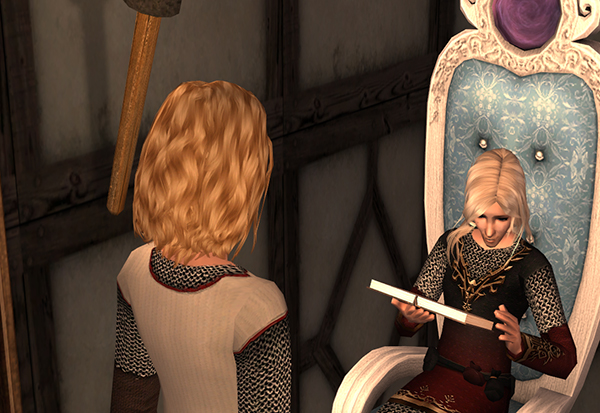 “There are nineteen people in your kingdom, Lock. It is not going to fall apart if you eat a meal and sleep in your bed.” Wesley said, crossing his arms over his chest and scowling like the Armsmaster who had taught them both their weapons. The visual reference must have worked because although the king could have told Wesley to go away, the ledger floated back over to the worktable and Lock got to his feet. He stared briefly at the floor between his boots as if he weren’t certain he remembered how his knees worked. 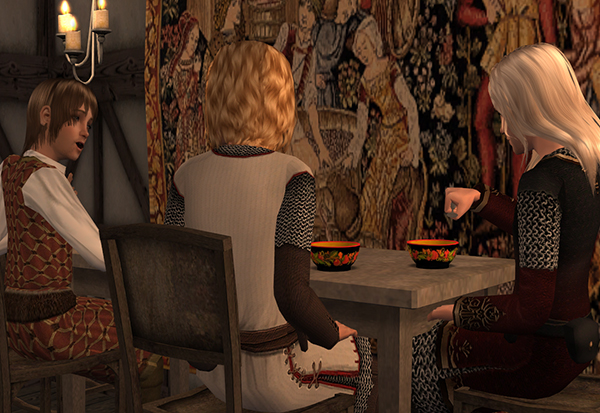 He’s been spending too much time in that chair, Wesley thought as he followed his friend to the kitchen where Tate had laid out bowls of thick soup. He didn’t pick up his spoon until after Lock had picked his up and brought it to his mouth. But thankfully once the king had taken a bite it took no prompting to get him to take a second or third.

Over dinner they discussed fluff, absolutely nothing of substance, most of it was gossip that Tate got from Sawyer, who of course had gossip about everything. They talked a little about Blake and Mistress Raquel, and how there was no sign of a babe yet, even though the wedding had been over six weeks ago. Along with speculation about just what Lady Kennedy had said to the carpenter to cool his ardor so thoroughly–and leaving Wesley with the question of whether Kennedy would give them all that lecture when they married. 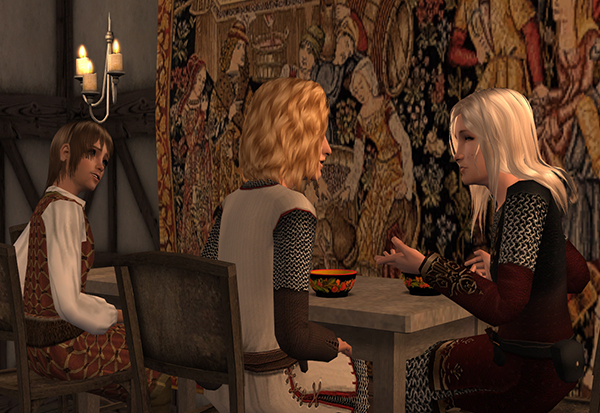 And Lock’s soup continued to disappear from his bowl.

After the spoons were set aside, after Tate got up to take care of the dishes, Wesley looked at his friend.

“They’ll look better still in the morning.” Wesley said, standing himself. Lock raised an eyebrow again. “I mean it, Lock. If anyone needs a good night’s sleep, it’s you. Didn’t your old nurse tell you that?”

“Aye.” Lock said as Wesley hid a smile. He was fairly certain she would have. Nurse Gaytha had been a tough old battle axe who was certain, like Lady Kennedy, that she knew far better than any of her charges could possibly have. He propelled the king toward his room, fully intending to barricade the door if he had to to get Lock to stay there. Although he rather hoped that like with dinner he wouldn’t have to.

The way that Lock had tucked into dinner told Wesley that if he could just get Lock laid down in his bed that he’d probably be asleep in minutes. Wesley hovered outside the door, hearing Tate’s soft footfalls climbing the stairs into the upper floor, hearing Lock move around in his room and then nothing.

He summoned his courage to open the door and smiled as he peered inside. 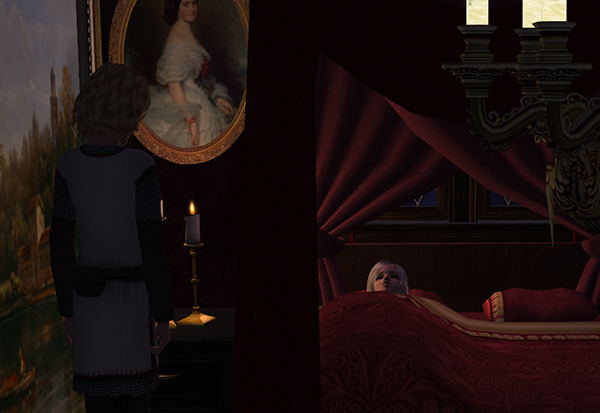 2 Responses to Don’t Know Why