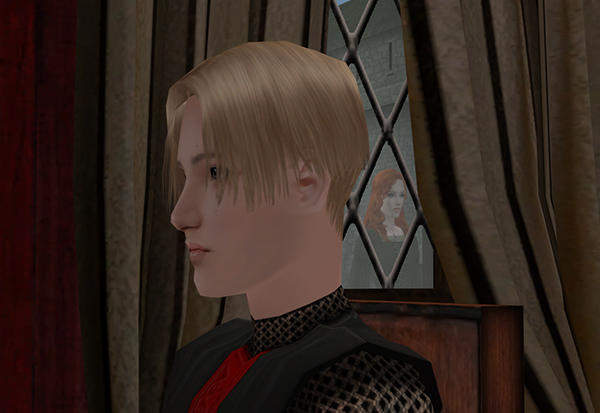 Dolph sat at his desk and stared at the piece of parchment in front of him, trying to force the lines into some semblance of sense. But every time he thought that maybe, perhaps this time he had achieved that, the bottom would fall out and he’d have to start all over again. Nearly eight years working as a traveling judge was surprisingly little aid in becoming a councilor to the king. He sighed and shuffled the papers once more. Maybe it was more winter was finally releasing it’s hold on the world and so the part of him that had spent all those years as a judge was preparing to pack up and ride out.

Except all those towns, all those circuits, weren’t there anymore, the roads were overgrown with trees and weeds, hardly more than a beaten rut going soft with melted snow or a bottom jaw of broken stones and patches of mud in towns that no longer existed. Even in Shadowhaven, in the Black Gate region, the part that was hit first and hardest by the plague, the streets were an ugly mess.

Maybe that was why it was so hard to make the words on the page fit some semblance of sense. This sort of thing just didn’t make sense. None of it made any sense at all. 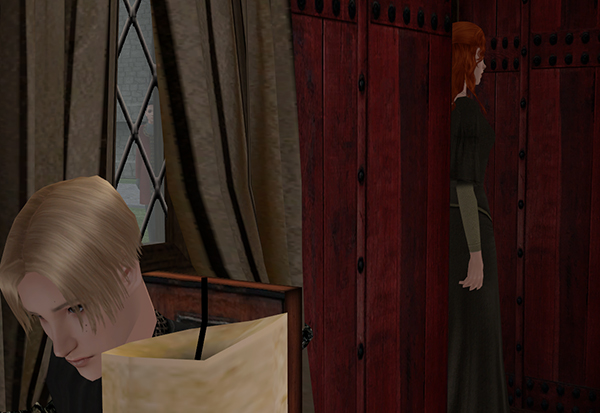 A soft tap came upon the door. “Come in, it’s open!” Dolph called in answer to that tap, shutting the heavy law book and straightening the papers on the desk in front of it. A breeze that was still sort of chill, but scented with the coming spring, and a soft footstep signaled someone coming in.

“What if I’d been a bandit, Lord Dolph?” Lady Heidi asked, her breathy voice was teasing.

“Bandit’s don’t knock, besides there aren’t any bandits in Shadowcrest at the moment, Lady Heidi.” 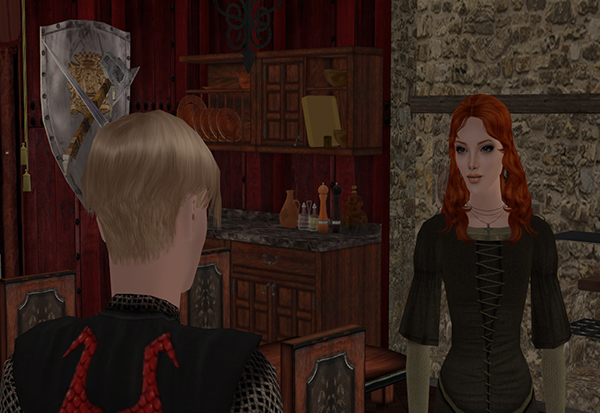 “Well, not if you don’t count Master Fox. You should see what he’s charging for this pair of slippers that I want, my lord.” Lady Heidi teased.

“That is a merchant for you.” Dolph smiled. “Besides, my lady, I could only think of a few people who might knock, and all of them were people I would like to see.” 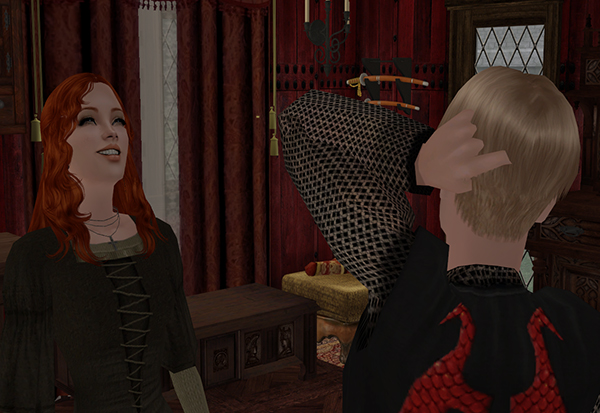 “Apparently you have better luck, then, my Lord, than Peyton, she says when the door opens it’s almost never someone she wants to see.” Lady Heidi smiled.

“Perhaps I just like people better than Lady Peyton. I didn’t realize she was so curmudgeonly.”

“She isn’t, not really. I mean she can be a grouch, but, I think part of that is camouflage. She doesn’t want to admit that she likes people.”

“What could possibly so wrong with liking people, my lady?”Dolph asked confused.

“Nothing, really, but if you allow people in, they have a certain degree of power over you, I don’t think that Peyton likes giving over that power.” Heidi’s brown eyes were far away for a long moment. “So, what’s today find you doing, my lord?”

“The King asked me to review some of the laws on the books, to see if they made sense or how we could make them better.” Dolph laughed wryly. “Unfortunately that’s several hundred years of law, and painfully little sense.”

“Isn’t that always the way?” Heidi asked with a faint smile. “Of course most laws were written to stop or prevent people from doing certain things, and those things didn’t always make sense either. Like there’s a law where I’m from that makes it illegal to wear a false mustache in church. I haven’t any idea why someone would need to make a law against that, but apparently it was enough of an epidemic that someone needed to outlaw it.” 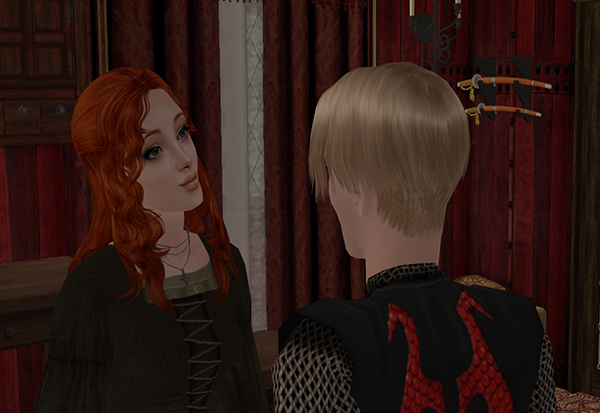 Okay, so most of Shadowcrest’s laws weren’t that bad. Dolph echoed the smile though, it was hard not to answer that smile. Especially the way that Lady Heidi’s eyes softened and turned far away. He didn’t think that anyone would really categorize Lady Heidi as a “hard” person, she was, for the most part genuinely nice and caring. And very open–at least compared to most of the women that Dolph had known–not that they were always the best example.

But there was definitely something in her eyes that was misleading, and when she smiled, that mask seemed to waver a little.

“And you, my lady?” Dolph asked, after perhaps a hair too long of running his eyes over her face.

“Oh, the king had a favor he wished me to do for him and then as the snow has finally receded, at least for the moment, and I was in the relative neighborhood, I thought that I would stop by, my lord.”

“Sounds like a good idea, after Sir Camden returns from his errands, we had discussed trying to turn over some soil for our kitchen garden.” Dolph said.

“I thought that Tiffany was going to work on getting you guys into houses in the spring.”

“This isn’t a house?” Dolph asked his brow arching upward. 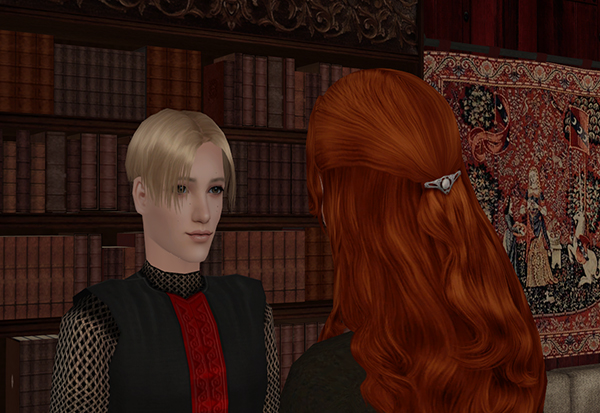 “Oh, well, yes, it is. Definitely a guy house. But a house.” Lady Heidi said. “But, you’ve got to admit, it is not exactly a–nobleman’s house.”

“Then again neither is Lock’s cottage, my lady.”

“You have me there, my lord.” Lady Heidi chuckled. 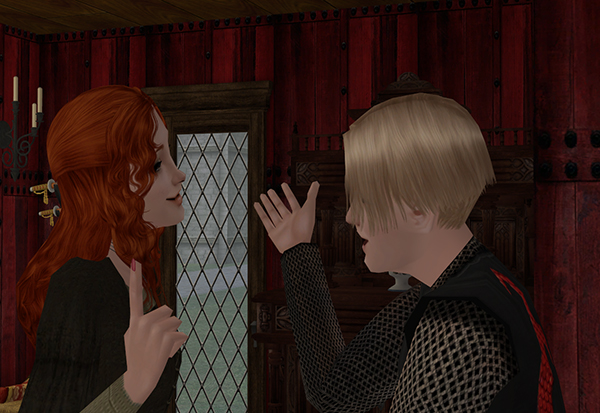 “Oh, just, your house has a very masculine feel to it. No huge amounts of clutter or pictures upon the wall, the dishes are put away in the cupboard. In my experience it seems that most men follow one of two extremes when not living with a woman. They’re either hyper neat with no real need for clutter or throw pillows or they’re total slobs and you have to pick socks up off the sofa before you can sit on it.” Lady Heidi said. “It looks nice in here, it’s not that it’s not decorated, but your walls have one tapestry or painting, not half a dozen.”

“Ah.” Dolph said not sure what to say or do, other than to wonder at why he was so curious about how Lady Heidi knew of other men’s houses. And not wanting to ask until he did know, he changed the subject, inquiring about luncheon and whether she’d eaten or not. Over lunch they talked of the coming spring and how it was making Dolph feel somewhat restless and of Lady Heidi’s plans for the spring, which seemed to mostly be learning weaving and potting and so forth–and also to teach Lady Peyton to cook–cause she apparently didn’t. 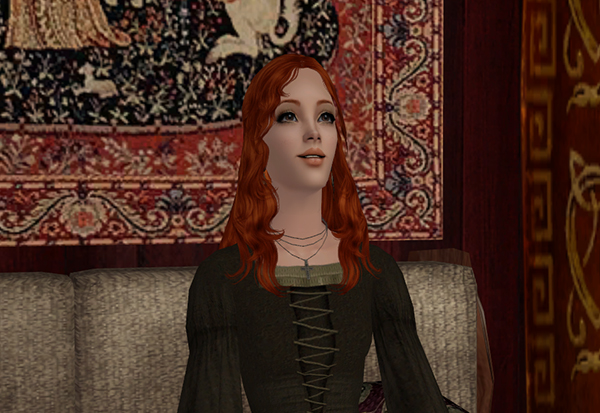 After the meal, and three times of Dolph reassuring her that he could, in fact, wash two bowls and spoons, even dry them and put them away, she sat on the sofa and watched him with those dark steady eyes.

“I suppose I should probably go and let you get back to your silly laws.” Lady Heidi said after a long turn of silence.

“I haven’t really the time to get back into them,” Dolph admitted. “Sir Camden should be returning practically at any moment. Unless–unless you have something that I’m keeping you from.”

“Not a thing.” Lady Heidi’s head cocked to the side just slightly as she watched him and he found himself shot back in time, it had been on a sofa quite like this one, in the well-used parlor of the dowager estate where he’d grown up, that Lady Marjorie had told him that her father, Lord Ashby, had decided that his judicial apprentice was–well, under the fancy words–not good enough to marry into his family. So he was going to pursue the betrothal to Baron Sadius.

He wondered, briefly, if she had been happy. He’d seen her, a few times, on circuits, always from a distance, as if he’d been something she didn’t want to remember. He had, in fact, signed the betrothal agreement for her eldest daughter, the last time he’d gone through the baron’s lands. 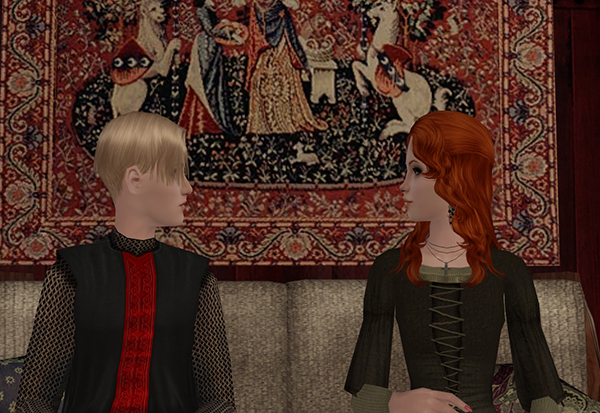 “My lord?” Lady Heidi’s voice broke into his reverie and he pulled himself back into the present, only to lose himself again, in her deep eyes. 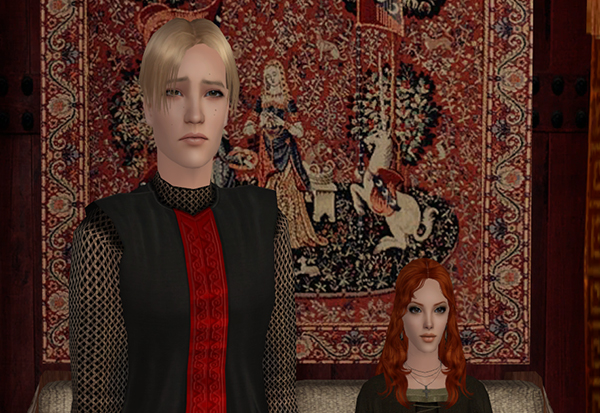 He pushed himself up out of his seat, a stricken look on his face.

Dolph felt a hand lightly touch his shoulder and turned to face her, wondering, for a brief moment why this was effecting him so badly now–after all this time.

“We all have bad memories, you know.” Lady Heidi said.

“What did I say?” Dolph asked, his voice sounding somewhat hoarse. 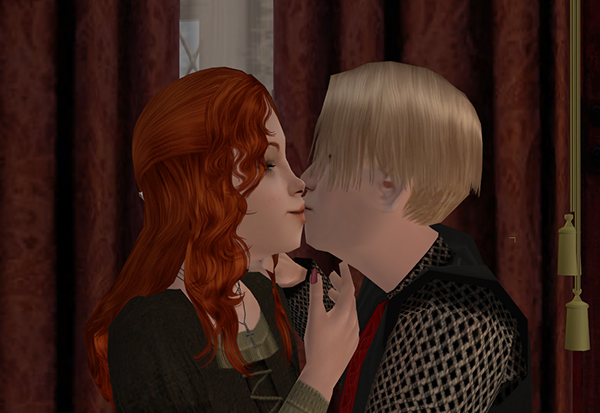 “I–uh,” She blinked as if not quite able to recall, her small, pale hand reached out and touched his jaw, tipping it just slightly, then her lips were on his. Wrapped up in the sense of her was something else, something sharp and light… something like the feeling inside the King’s work room, but at the same time very different. “Oh, I am so sorry!” Her voice was the next thing he was aware of. 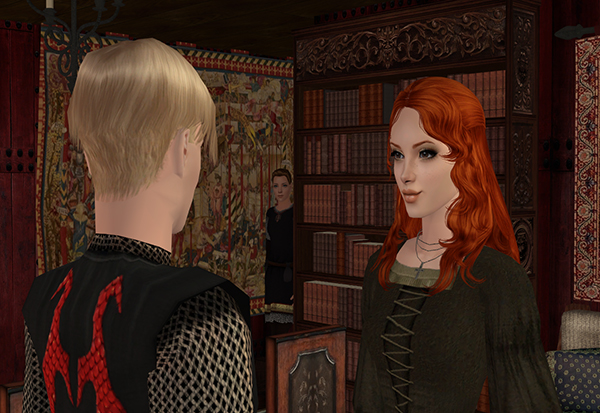 As if that contact had scrambled his wits entirely, it was a blur, Camden appearing in the hallway, Heidi excusing herself a moment later, leaving both men to stare after her. But the door shutting after her seemed to wake him. 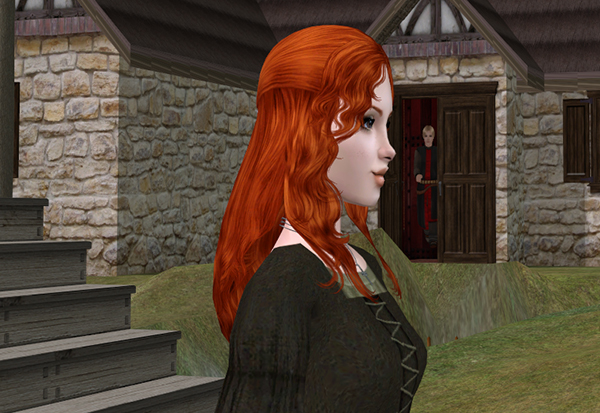 “Heidi! Heidi, wait!” He called as he hit the door with a force that probably cracked something. She was already over the footbridge and on her way back to the barn. She turned and looked at him, something in her eyes, her shoulders seeming to quiver just slightly. 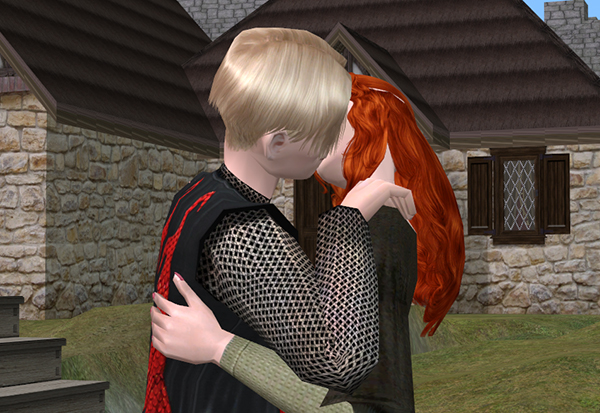 And then he was there, with her, taking her in his arms and kissing her. She pulled back, shocked, but something on his face seemed to break the shock and she giggled. He felt a smile tug at the corner of his lips, something that felt like the spring sunlight falling down onto their shoulders. Something like–like a new beginning. 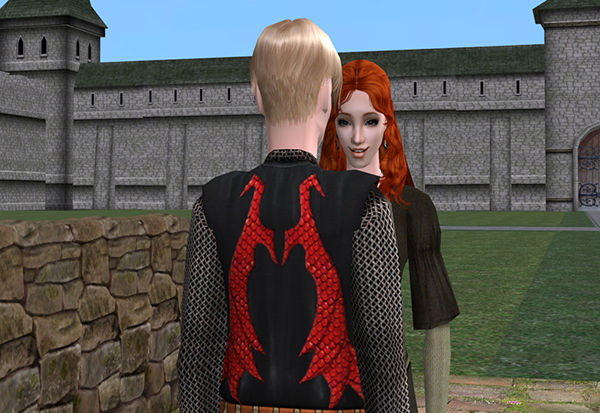