For The Briefest Moment 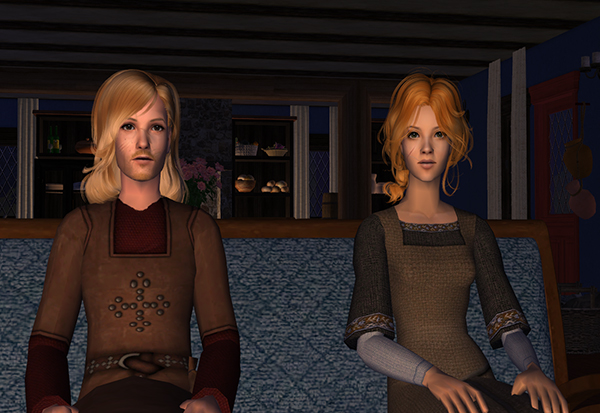 Nessa curled her legs up underneath her and glanced sideways at the sofa’s other occupant. The light from the fireplace caught in his hair, rendering it a halo of gold. His brown eyes, normally a soft sable were indistinguishable from his pupil. The scars softened by the firelight. She’d never sat like this with Mitch.

He’d always been restless, shifting, drumming his fingers, getting up to get a beer, belching, scratching himself, lighting a cig. Never appreciating silence for the sake of silence, he’d have flipped on the tv or the stereo, then raced through tv channels. But silence didn’t bother Jarrett much, they’d been sitting here watching the fire for nearly half an hour, the sound of the flames and the occasional swish of hair or the sound of whiskers bristling as Jarrett rubbed his cheek and neck.

“Nessa?” He finally tore his eyes away from the flames and looked at her.

“Hmmm?” She said, rubbing a sore spot on her neck.

“Why–I know–,” he faltered and looked back at the fireplace, a faint stain of red at his cheeks.

“You wanna know why I’m not all “yay! Baby!”, right?” Nessa asked. He sighed but nodded.

“I wondered if it had anything to do with your–friend.” Jarrett muttered toward his hands.

“Kian, no. He was the one who got me through it. But–no.” She sighed and pondered for a minute.

“You–don’t have to tell it–if you don’t want to.” Jarrett told her. “I know–I don’t always like–talking.” Here he was giving her the perfect excuse not to talk about it. But she found that oddly, she did sorta want to talk about it. Or rather, she sort of wanted to tell him, as Olivia never failed to point out, if anyone in Shadowcrest got her, it was Jarrett.

“Nah.” She shrugged. “I got pregnant–about five years ago. I-I lost the baby.”

“Oh.” He said fidgeting with his cuff. Oh, way to open up there, Nessa. Trying to get your picture by the word Terse in the dictionary? “Did it have something to do with horses?” Jarrett finally asked as she was trying to unstick the words from her throat. 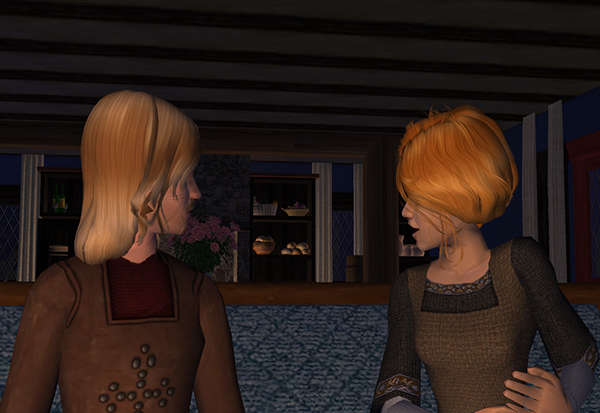 She stared at him for a long moment. “Where did that come from?”

“Oh. Well, not directly. It’s not like I got kicked by a horse or anything and lost the baby. It’s not that clear-cut, but you’re right, I haven’t ridden, not since I lost the baby. I don’t have the heart for it anymore.” Nessa admitted, checking Jarrett’s profile He looked sad–and confused.

“Riding was how I was gonna get out of my hometown. After my mama left my daddy, he shut down–and the only thing there was time for was his businesses. So, being the oldest I was the one being parent fell to. But I always felt like it wasn’t ever good enough. I wasn’t mama. My meatloaf wasn’t good enough, I didn’t double knot Bryan’s sneakers right.” She shook her head. “I wasn’t so good at school either. I mean I did okay, but my heart wasn’t in schoolin’. But I loved to ride. I’d come home from school–and I had two hours before my little brothers got outta school.”

“Once I was on that horse, god, it was like flyin’. So, one of my uncles, on a visit, suggested that I enter the barrel riding competition at fair. And I did pretty good, came in second. And my dad actually saw me–for once, he was proud. So I swore next year I was gonna come in first.” Nessa brushed a strand of hair out of her face. 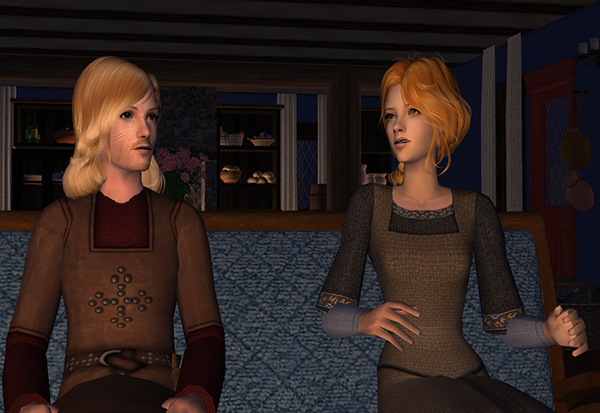 “Did you?” Jarrett asked. Nessa nodded.

“Yeah, I think that first trophy was the proudest he ever was of me. After that my dad even hired a housekeeper, so I could focus on my riding. And suddenly I had something I loved that I could do well, and it’d get me the hell outta that town. So when everybody else in my class was packin’ up their cars and heading off for college or getting promoted at the Piggly Wiggly or the DQ, I packed my crap up in the back of an old dodge with a one-horse trailer on the back and hit the rodeo circuit.” She stared at the flame for a minute.

“Then–one night, couple years later–I was practicing by myself and I missed a turn and I fell off. Broke my hip and landed all wrong. I had to go through a bunch of physical therapy before I could ride again. That’s where I met–Mitch.”

“That’s the man that Olivia calls a corpse–,” Jarrett’s blush was so red, she could see it even in the dim light.

“Corpsefucker–yeah, that’d be him. I was young and stupid and I’d never met a guy like him–knowing what I know now, I’m positive that was a good thing. It got hot and heavy really quick.” She sighed but held up a restraining hand when he started to open his mouth, even without saying anything she knew what he was going to say. “It’s okay. I’m okay.” For once, she could say that–when talking about Mitch and mean it.

“I swore to myself the first time he hit me that as soon as I was back on the circuit I was leaving his ass. Then I found out I was pregnant. And that had it’s own set of problems. My hip wasn’t quite 100%, doctor told me to take it easy. That meant I couldn’t be training and I had an arrangement with the place where I boarded Almond Joy, to come do some horse training work in exchange for board for my horse. I couldn’t guarantee that I could find something like that somewhere else. So I stayed and Mitch came back around.” She leaned back, dropping her head back and staring up at the ceiling.

Jarrett said nothing, but tentatively touched her hand. Normally this was the last time she’d want someone to touch her, but something about his hand, bigger and as work-worn as hers, felt safe, comfortable. It reminded her of Kian, the the way he’d had of telling her that he’d always be there without saying a word.

“We got into a fight one night when I was about halfway along. He–threw me down the stairs at this motel we were staying in. When I came to at the hospital–they told me I’d lost the baby.” Her voice broke. “After that, I was hopelessly locked to the ground. I sold my horse–I couldn’t ride him anymore.” She stumbled to her feet and and toward the fireplace. 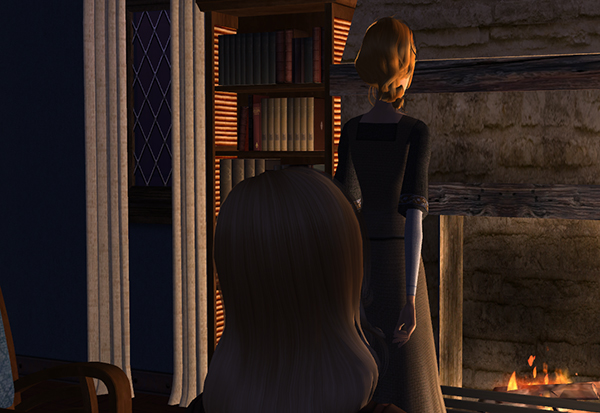 “Kian bought him. My horse. He was bound and determined to see me back in that saddle. And I always had an excuse, just like I always had an excuse for going back to that cocksucker. If I left him once, I left him fifty times. I knew he wouldn’t change. I knew it and I still went back.” Nessa said. She heard the soft creak of a floorboard and felt Jarrett’s arm wrap around her shoulder as she buried her face in her hands. “He wanted me to go with him that last trip south. He begged me and I wouldn’t go. And if–if I’d just gone, maybe I could have had the chance to save him.” 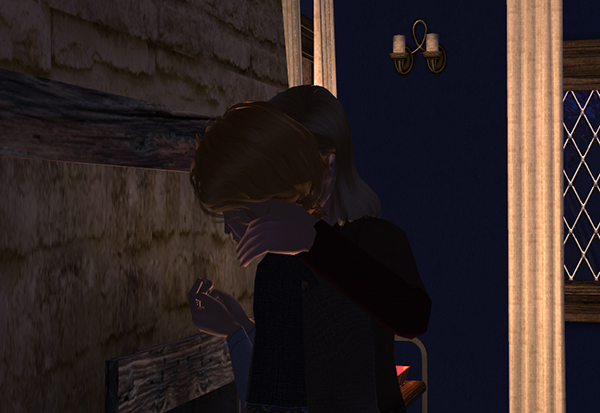 “Kian–was gay. In the–I’m a man who likes to go to bed with other men sort of way. He wasn’t in your face about it–but he didn’t hide it either. I loved that about him cause he was just so take me or leave me. I ain’t changin’ for you. He was in this restaurant with a friend of his. And when he left, there were these four guys in the parkin’ lot, who took exception to him.” Nessa buried her face in her hands. “They beat him to death, right there in the parking lot of some shitty little road side diner. The one person who gave me hope that maybe this world wasn’t as fucked beyond belief as I thought it was–and these–monsters–just–took all that love and all that hope away cause he was different than them.”

“Oh, Nessa.” Jarrett breathed into her hair and she leaned into his broad chest. His big hand stroked her hair and her shoulder. 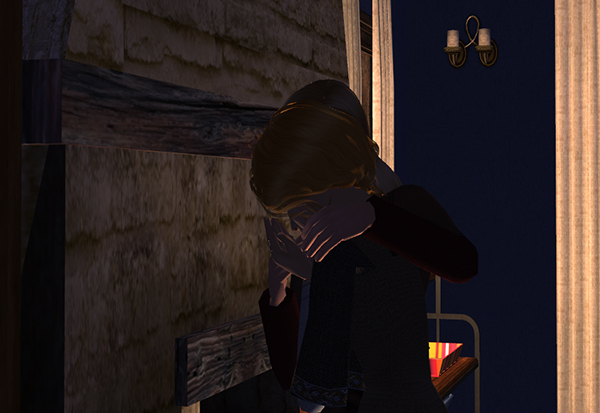 “I miss him–and all I could think about when they were standing there with the baby and teasing Blake was how much I wish I had gotten to hold my baby. How much I wish he could be here with me–joking and teasing like he used to.” Nessa said. “That makes me horrible doesn’t it?” She blinked the tears out of her eyes.

“No more than me.” Jarrett said, lightly catching her arm a few steps later. “You know what I was thinking when we were waiting?” Nessa shook her head. “I was thinking about my kids–what it was like waiting for them to be born–what was like when all I could do was wait for them to die.”

“Yeah, but the plague just happened, Jarrett! You couldn’t have done anything.” Nessa protested.

“So did those men who killed your friend.” Jarrett said, his heart in his eyes. “And what makes you think you could have stopped them?” 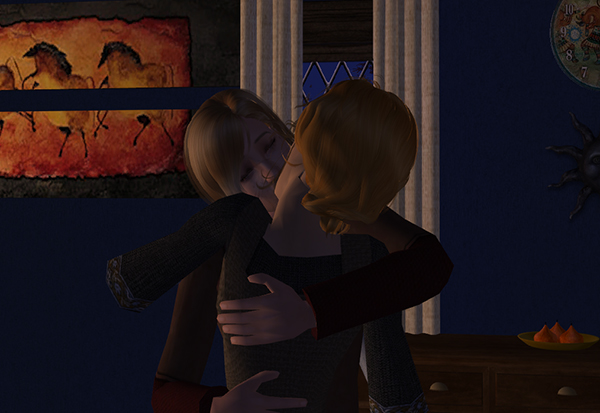 “Things happen, Nessa, sometimes they just happen. And no matter how much you want to stop them or change them, doesn’t matter. It’s bigger than you.” Jarrett said, his voice soft but fierce. Her hands, almost of their own volition, rose and cupped his face, his stubble, for all that it sounded bristly and scratchy was so much softer than Mitch’s was.

Their lips met somewhere in the middle, locking together. She made a soft sound and he started to release her. But she locked her arms around his neck, not wanting to let go, not wanting to let the world intrude this time. This felt more right than she’d felt in years–standing here with him like this–it was like, for the first time, it didn’t matter. 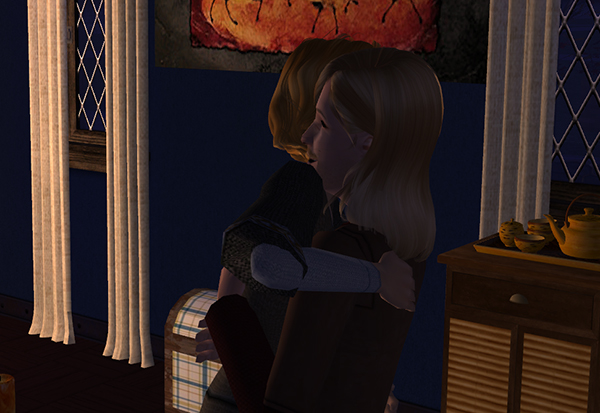 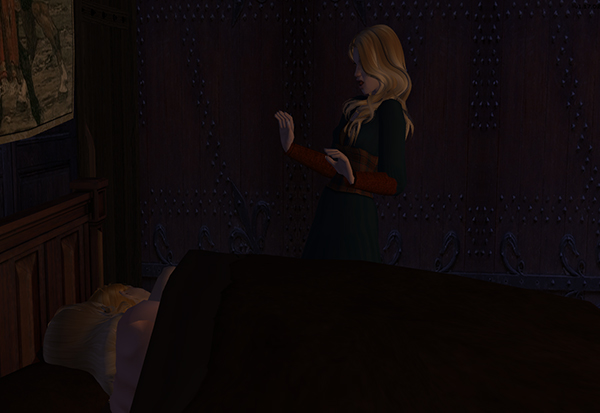 4 Responses to For The Briefest Moment