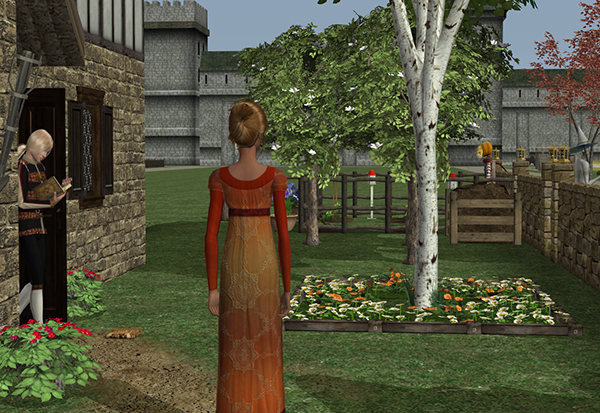 “What in God’s name is that?” Lady Kennedy asked. Lock pulled his nose out of the book to look around. What? Oh.

“The Servantus?” A brow cocked as the doctor’s head turned back toward him.

“The invisible chick.” She pointed.

“The Servantus.” Lock repeated. “I have it doing cleaning.”

“Ah.” Lady Kennedy watched the servantus move for a moment and shuddered. “So, your Majesty, you said there was something you wanted to talk with me about.”

“Well, less me and more someone else.” Lock filled in, thinking of the pair currently sitting in his parlor. ” He stepped out of the way and bowed so she could pass. Though he straightened in time to see Lady Kennedy’s brows draw in as if she couldn’t imagine why anyone would drag her here to talk to her about something that didn’t directly concern him. 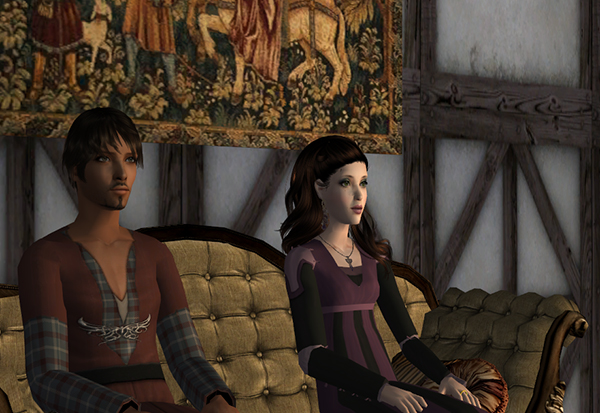 She paused for a moment  in the doorway, if it had been anyone else he would have said she hesitated. But this was Lady Kennedy and to the best of his knowledge Kennedy never hesitated. If she didn’t know the correct path, she simply barreled on down the path that seemed right and apologized later. Or at least he assumed that she apologized, eventually, if she really did get it wrong, not that he’d ever seen her apologize.

Master Blake and Mistress Raquel sat on opposite ends of the settee staring straight ahead of themselves, Raquel’s hands chasing each other around and around and around, Blake’s hands straying every so often over to interfere with the path. 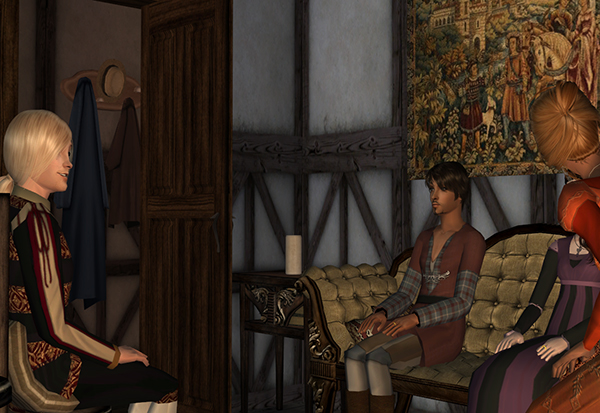 “Okay, so, is anyone going to tell me what this is about?” Lady Kennedy asked after she’d taken her seat in the chair he’d moved in from the kitchen. Lock stifled a sigh, with as often as he ended up moving one or two of those chairs in here, he should probably just commission another chair for the room from Blake.

Although there really wasn’t room for any more furniture in the room, so where he’d put it… Wesley was probably right, he needed a better counsel chamber than his parlor. Gray had offered to let them use the reception room at the chapel, but the reception room was so cold and impassive. It didn’t set people at ease, which, he hoped that meeting here did. He was just a man, like any of the others in Shadowcrest, there was no need to put him up high on some pedestal, just cause he was “the King”. 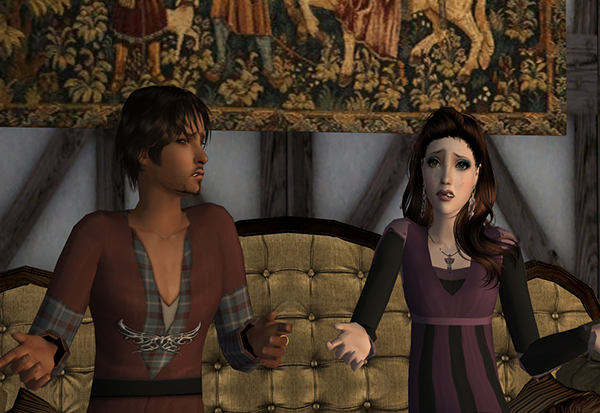 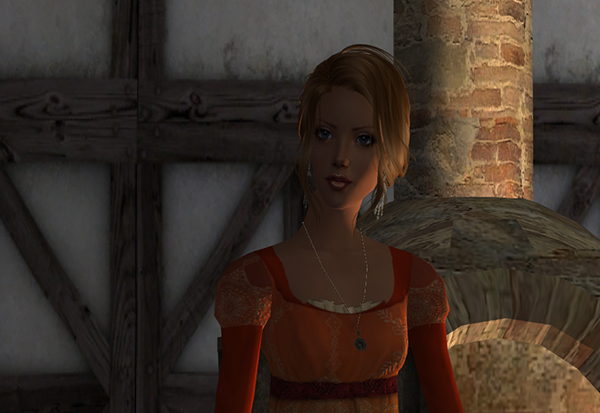 “Don’t tell me, I think I can guess. Can I ask, cause I can’t guess, why we had to have the king sit in on you telling me what you suspect?” Lady Kennedy asked. her face and tone resigned.

“Because you told Blake you’d cut his–his–stuff off if this happened!” Raquel said. “I thought maybe if His Majesty were here he could tell you to not do that!”

“Unless I hit my head, invent the flux capacitor, and cheat some terrorists out of plutonium to power it, how will that help now?” Lady Kennedy asked the hands she was scrubbing over her face. 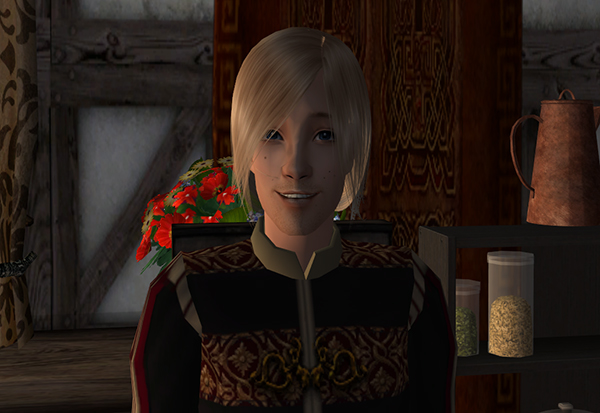 Blake looked at Lock, who shrugged and gave back a confused smile. He had no idea what she was talking about.

“And while asking his majesty if he thought he could get me a DeLorean sounds tempting, I think he’s in your court here, not mine.” Kennedy continued. 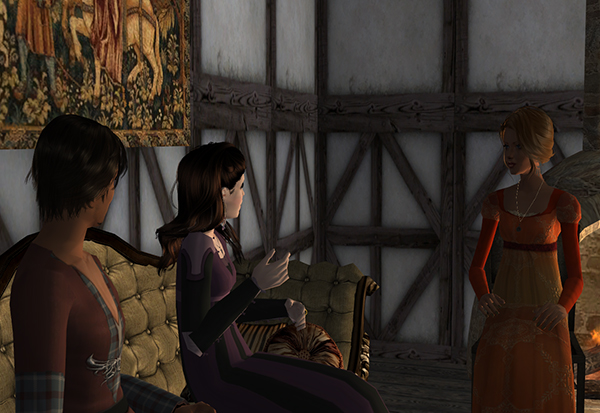 “I–we didn’t mean for it to happen.” Raquel murmured to her hands, Blake’s large calloused hand touched Raquel’s shoulder and she leaned back into the touch.

“Well, it did and we just have to live with it.” Lady Kennedy frowned deeply for a moment, then rolled her eyes and exhaled. “Are you certain?”

“Wonderful. Well, what’s done is done is done. I suppose I should be happy we didn’t have this conversation two and a half weeks after you guys got married. Although, not to doubt his majesty’s abilities as an EPT, would you mind if I confirmed?” Kennedy asked, standing up. Raquel shrugged. Blake looked at Kennedy. 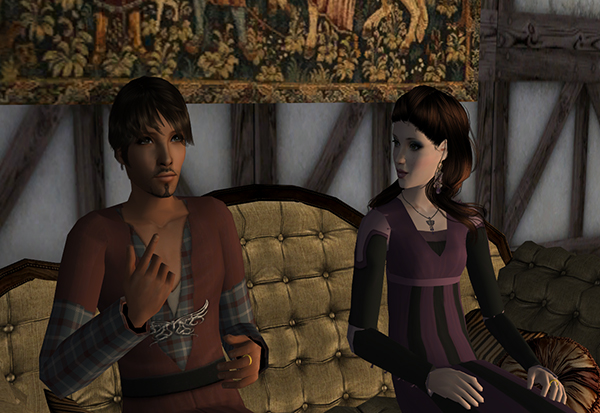 “This isn’t just your way of getting my wife off where you can yell at her, is it?” Blake asked, his voice was steady, stern even, with a knife edge of suspicion, though Lock noticed that the carpenter’s hands were shaking as Lady Kennedy turned to look at him, her expression unreadable.

“If I were going to yell at Raquel, I’d do it in front of both of you. Jerking off doesn’t get anyone knocked up. But no use crying over spilled milkshake.” Lady Kennedy shook her head. “After you.” She gestured at the door. The carpenter’s wife headed toward it with all the chipper enthusiasm of a man on his way to the gallows. 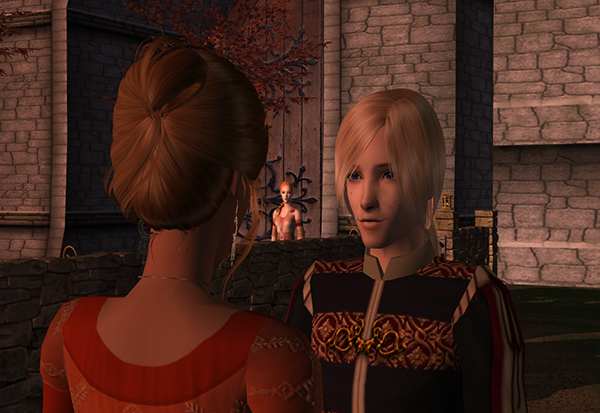 “Why would I gloat?” Lock asked, looking curiously at the physician who was tucking a strand of hair back into it’s arrangement.

“Because the first baby is on its way.” Lady Kennedy said. “I know that’s important to you.”

“Nah, it’s–it’s a cultural thing. I think she’s too young. Most seventeen year olds aren’t ready to be moms as far as the culture I was raised in is concerned.” Lady Kennedy shrugged again. “But I know your culture says something different. And you have faith that this would have fallen out differently if Raquel really weren’t ready.”

“Is it just that she’s too young? Isn’t that just a number on a page. Mistress Raquel–is very grown for her age.”

“Nope, it’s also, I like that kid. I really wish there were a way to go through a test run or two on like Alistair to make certain that all will go as well as possible. Giving birth can be dangerous. It can be dangerous where I’m from with all our medical advances, and now I’m facing it with a-a kid in the middle ages and without all those technological and medical crutches.” Lady Kennedy shrugged. “I don’t like it when the odds aren’t with me. If I liked the odds being against anyone I’d be a bookie, not a doctor.” 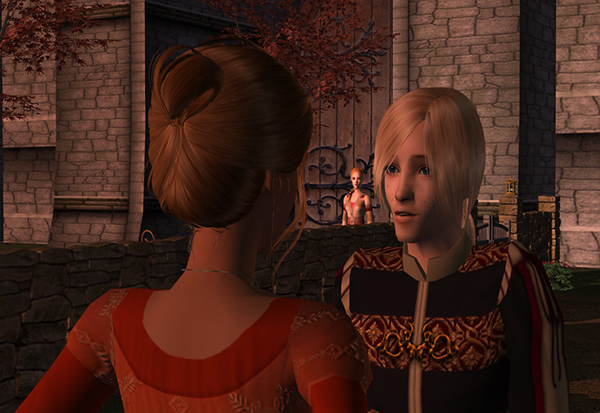 “How ’bout getting me that DeLorean?”