Don’t Stand So Close To Me

Really all that was left to be done was the moving in of furniture , most of which Blake hadn’t created yet, and the incidentals. Finishing up digging post holes for the garden fence, making sure all the doors and windows opened, hanging the shutters. This went so much quicker when you had some idea what you were doing. Tiffany shrugged, which apparently caught Kennedy’s attention. 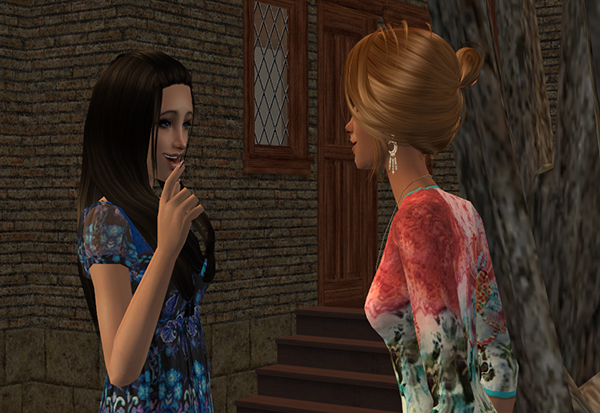 “What?” The doctor asked.

“Oh, just thinking.” Kennedy’s eyebrow went up. “And no comments about burning off brain cells I can’t spare. I have one or two that I can still spare.”

“No, not really.” Kennedy disagreed.

“Kennedy! Are you implying I’m not smart?” Tiffany pouted at her. Kennedy snorted.

“No, I’m really not. It’s just there are so few brain cells to spare around here. If you burn yours off this early, what’ll you do when you finally have to marry someone who might be lacking them?” Kennedy said with mock seriousness, their serious nods of agreement lasted like two seconds before they both dissolved into giggles.

Even though Tiffany had known Kennedy just slightly more than a month, ever since she fell down the cosmic bunny hole and into this peculiar world, it seemed like they had known each other a lot longer, she felt like the best friend that Tiffany hadn’t had since the car crash killed Anna two years ago.

“It’s a good thing Jarrett knows how to thatch.” Tiffany commented, trying to pull herself back onto her final house inspection.

“Why? Don’t they teach you how to do that in Architect school?” Tiffany looked at the other woman trying to gauge her seriousness. “No.”

“Do they teach you how apply leeches in medical school?” 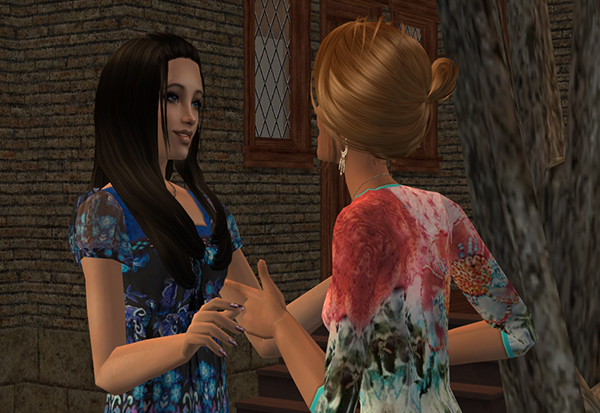 “…Touché. No, no they don’t.” Kennedy said. She shrugged.

“Speaking of Jarrett, did you really have to spank him?” Tiffany asked curiously.

“I told him if he didn’t take care of that arm, I was going to. Threats only work if people know you’re serious about going through with them. So now the next time I tell one of those guys that they need to take it easy or I’ll spank ‘em, they’ll take it easy.”

“Well, maybe not Emanuel. I think he would like it if you spanked him.” Kennedy swatted her on the arm.

“Will you quit trying to throw us into bed together?” A scowl crossed the other woman’s face. 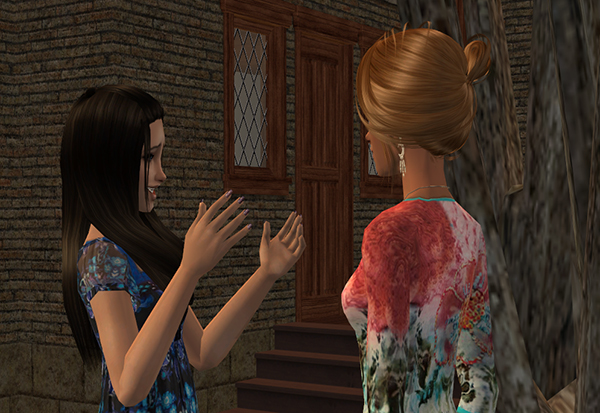 “Maybe.” Tiffany peered at the porch as if trying to see if it were level.

“Yeah, when the two of you either a) stop trying to light the thatch on fire with copious amounts of chemistry or b) fall into bed together of your own volition.” 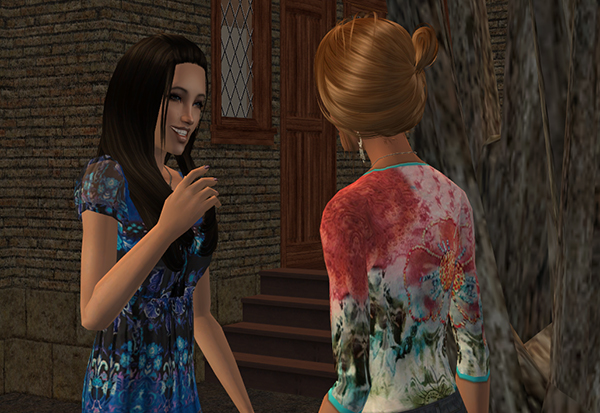 “Go to hell, Tiff.” Kennedy said. “Emanuel has a lot of issues and this isn’t like back home was, there aren’t plenty of fish in this sea.” The gate opened, spilling Sawyer into the yard. 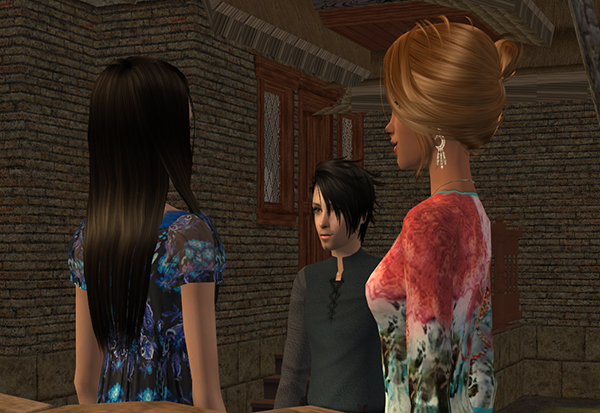 “Sorry I’m late, Lady Kennedy, Lady Tiffany.” The young man had a flushed face and sweat beaded at his temples. Kennedy opened her mouth as if to scold him about running in the heat, and Tiffany elbowed her.

“It’s quite alright, Sawyer, no harm done. We’re almost finished anyway. Jarrett, I see, decided to stay home? Or did he just not feel like running to keep up with you.”

“Nah, he thought it best to stay home considering Alistair’s trying to cook some fish for supper.”

“Now, that’s a scary thought.” Kennedy said. “I expect he’ll be along shortly to be treated for burns.”

“Besides, after Lady Kennedy took him over her knee…” Sawyer grinned. “That’ll be one to tell my kids.” 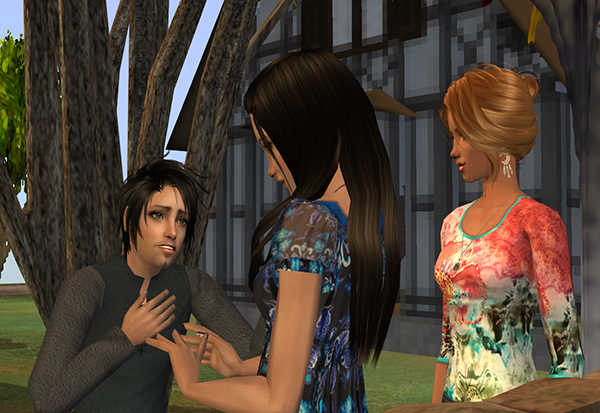 “I did warn him.” The doctor demurred. Sawyer’s grin expanded a notch before fading and his face flushing. Tiffany started to ask if something was wrong when the young minstrel looked at the ground and kicked at a clump of grass. “Is-is Lady Jolene here?”

“Yeah, I think she and Heidi are out back, finishing the fence by the garden.” Tiffany said, hiding a smirk. Sawyer flushed deeper. 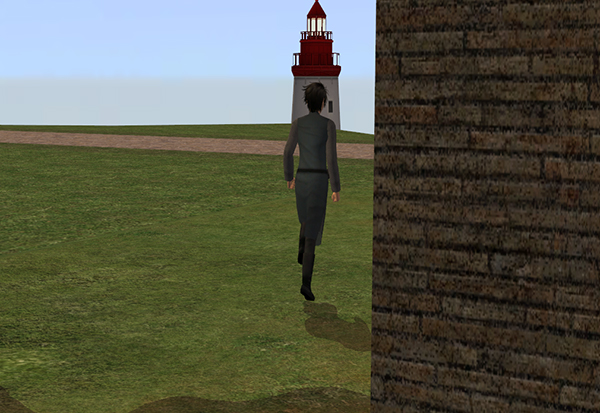 “I should go see if they need any help. Lady Kennedy, Lady Tiffany.” He bowed and ran off.

“She is going to kill you, Tiff.” Kennedy told her as soon as the teenager was out of easy earshot. 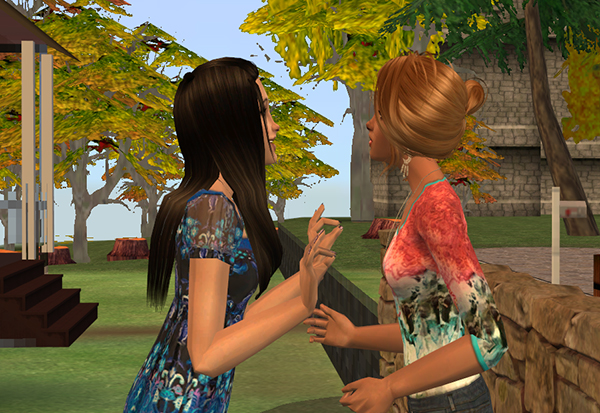 “Who am I to stand in the way of Twue Wuv?” Tiffany batted her lashes. “I have never in my life seen a guy fall that hard.”

“Well, something’s hard alright. But I’m not sure it’s the fall.” Kennedy smirked. Tiffany stuck her tongue out at Kennedy. Dratted cynic. 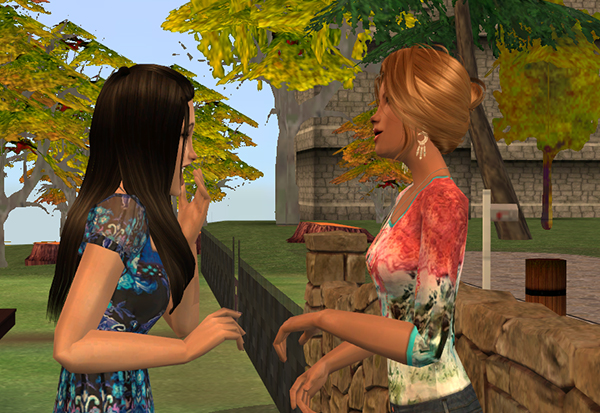 “I will not deny that they are.” Kennedy said. “But you know how Jolene feels about this.” 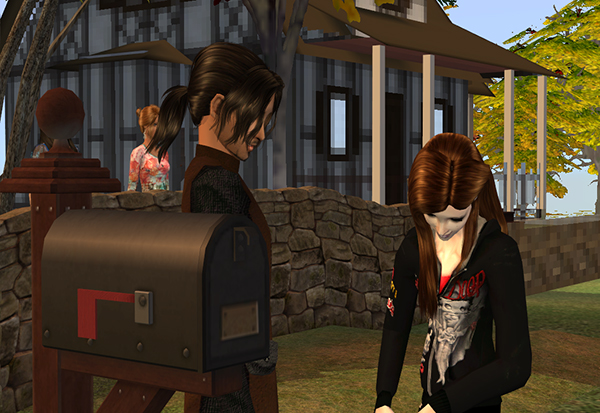 “She doesn’t have any problem with that.” Tiffany gestured over her shoulder at Blake, the young carpenter had just said something to Raquel, one of their fellow imports, and the younger girl was blushed scarlet from it.

“That, to Jolene’s mind, is a college kid with a pretty girl. Which is a lot different than Sawyer, who is still a kid, and herself, who definitely is not.” Kennedy told her. 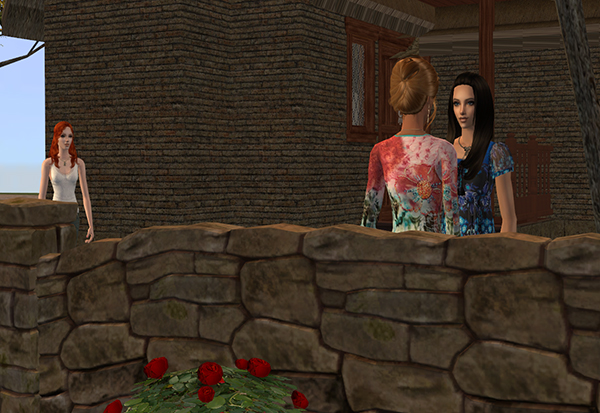 “Jolene wants me to tell you that if she finds out which one of you did that, she’s putting something in your coffee.” Heidi called coming from around the house.

“It was Tiff.” Kennedy said.

“Rat.” Tiffany said before they both dissolved into laughter. “So how was that going?” 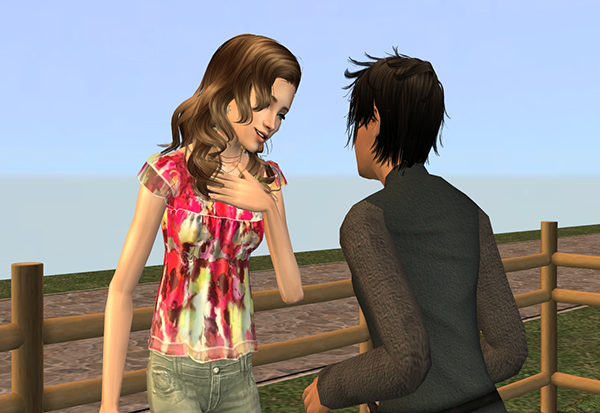 “Our young Romeo was comparing Jolene’s eyes to some body of water we haven’t heard of.” Heidi giggled.

“So how was Juliet taking it?” Tiffany asked.

“Well, there certainly wasn’t a speech about a rose by any other name. I am sooo disappointed.” Heidi said. “They’re adorable together.” 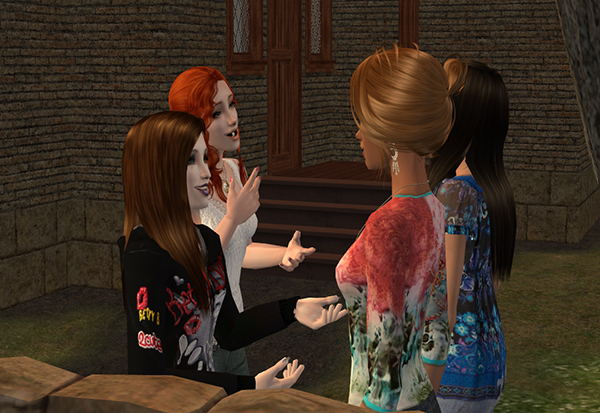 “What’s up, now?” Raquel asked coming over to the group under the tree.

“Oh, Tiff sent Sawyer after Jolene and Jolene sent Heidi to tell Tiff she’s putting something in her coffee.” 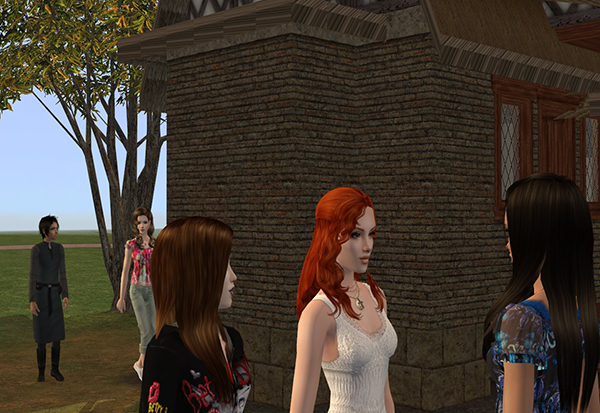 “I hate you, Tiffany!” Jolene called from near the corner of the house.

“Wait, how’d you know it was me?” Tiffany asked innocently, placing a hand over her chest and looking injured.

“Kennedy wouldn’t do that to me!” Jolene scowled.

“Do what to you, Lady Jolene?” Sawyer asked, his eyes looking at her with puppy-like longing they could see even from that distance. Jolene sighed and shook her head.

“Never mind, Sawyer.” He sighed happily and stopped to watch her walk away. It was Kennedy’s turn to elbow Tiffany as she felt a giggle bubble up in her throat. 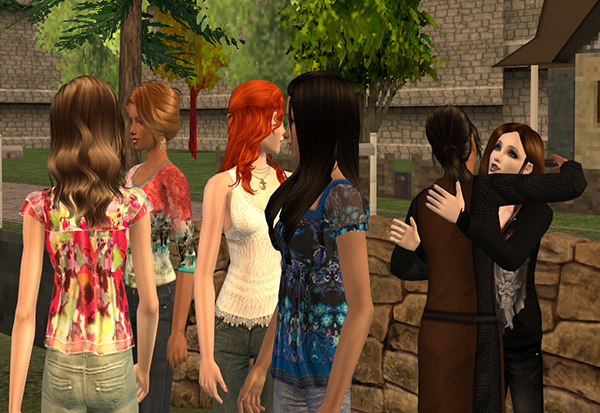 After assuring Blake that the house was all his, they left for the barn. Even if this wasn’t what Tiffany would have chosen for herself, privately, she admitted that maybe falling down the bunny hole wasn’t so bad after all. Of course that might change when Jolene found her coffee mug tomorrow morning…

8 Responses to Don’t Stand So Close To Me